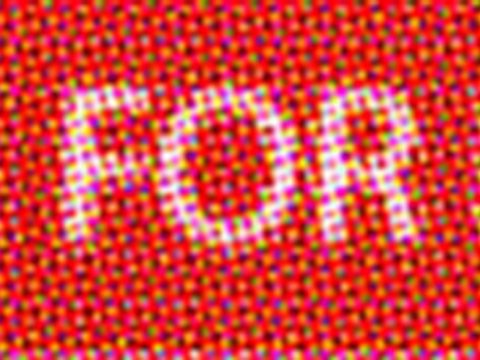 A provocation from the Artist Centre for Human Rights, details of its manifesto and why it began in Liverpool

The Artist Centre for Human Rights was set up in Liverpool in the commemorative year of 2016 as an internationalist arts project that is both a cultural organisation and an evolving artwork. The Centre disseminates local cultural articulations of Human Rights through an international programme of artistic production.

We launched the Artist Centre for Human Rights in Liverpool as the city in which William Roscoe first advocated anti-slavery laws and campaigns. Roger Casement and Edmund Morel took up this cause again in Liverpool, by establishing the first internationalist human rights campaign in the twentieth century. We also acknowledge the energy and persistence of their multi-media approach to recruiting support and in educating people in the atrocities of the Congo Regime, particularly around the commodification of rubber in Europe. We work with artists and educational practitioners; environmental, cultural and community organisations to create and commission new artworks promoting Human Rights. The Artist Centre for Human Rights acknowledges the rights of humans to be based on a broader parity of esteem with the environment across the globe.

There are many instances of powerful relations between Liverpool and Ireland. To think of Irish connections in Liverpool is to think of Casement’s defiance in secretly funding his and Morel’s campaign to undermine colonial exploitation of indigenous peoples in the Congo. It is to think of people in Liverpool working in solidarity backstage in the days, months, years before the Easter Rising in Dublin. It is to think of the Abbey Theatre players in Liverpool the week before the Rising, performing Yeats’ and Gregory’s transformative play Cathleen Ni Houlihan; the following week some of those same artists conducted key roles in the operations of the Rising. It is to think of Irish refugees landing in their thousands at Clarence Dock in the 1840s to take residence in what Dr Duncan (Liverpool’s first Medical Officer of Health) called ‘the cemetery of Ireland.’ It is to think of Maud Gonne holding a public rally in Saltney Street in 1900. It is to think of The Gaelic League offices on Duke Street or the body of Donovan O’Rossa being carried for two miles ‘on Irish shoulders’ from the Prince’s Landing Stage to Nelson Dock on route from America to burial in Dublin. It is to think of those numberless Irish whose descendants live here today and who make up a large part of a city that voted to remain in Europe. As the Citizen says in Joyce’s Ulysses “and our eyes are on Europe.”

The ACHR pays homage to these legacies with the intention to refract the backward glance fully to a forward-thinking engagement with our present. As prisoner C.3.3, Oscar Wilde – writing De Profundis in Reading Gaol – recalled Wordsworth’s lines: “Suffering is permanent, obscure and dark / And has the nature of infinity.” In taking up the chance for a cultural revival in Ireland, artists like Yeats, Synge and Milligan took language as acts of resistance and defiance and as the setting for new projected energies in an assertion of Irishness, in a mode of cultural and social becoming. This Irishness stages a resonant model for all cultures, all places, all forms of independent belonging.

The Cassandra Echo is the journal of the ACHR; we commission new pieces that will disseminate human rights through artistic endeavor. The journal is an homage to the spirit of other internationalist discussions that have sought to give word to causes that act in the face of resistance: for instance, the Belfast journal The Shan Van Vocht set up at the end of the nineteenth century by Alice Milligan and Anna Johnston; or the Free International University forums set up by artist Joseph Beuys in the 1970s.

We call for discussion, conversation, engagement with international artists and organisations that refract core practices in society such as architecture, environmentalism, social infrastructure, art itself, literature, community activism and feminism. We work towards new commonalities in language, new localisms in international dialogue, progressive values and equalities.

Catherine Morris (Liverpool Central Library’s first Writer-in-Residence) is writing Intimate Power: Autobiography of a City, montaging life-writing, photo-essays and community interviews, currently being made on location at resonant sites across Liverpool. Catherine is also Honorary Fellow of the Institute of Irish Studies at the University of Liverpool.

Sean Borodale works as a poet and artist, making scriptive and documentary poems written on location; emerging from a process of writing and walking. Currently undertaking a residency with Bluecoat, Sean’s also undertaking an oral recording of Ulysses in Liverpool.
This is a co-authored essay from Catherine Morris and Sean Borodale, cofounders of the Artist Centre for Human Rights (ACHR) and co-editors of The Cassandra Echo the ACHR’s journal

A Thread of Irishness
Brexit: What now for the future of Britain and Ireland?