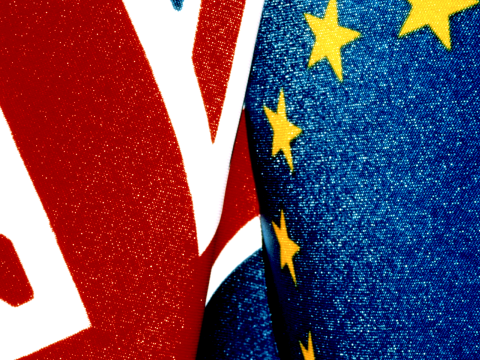 Britain’s recent months have been politically dominated by the fallout from the referendum which will radically alter Britain’s relationship with the European Union. Its oldest trading partner, Ireland, which was a central pillar of the Empire until 1922 and the Commonwealth until 1949, remains a member of the EU. Brexit -perhaps – means there is a question mark over how the nations will co-exist as the boundaries are redrawn.

Ireland effectively ceased being a British territory in 1949 with the Ireland Act that, most significantly, allowed Irish people to live and work in Britain as ‘non-foreign’, with rights not afforded other immigrants, such as those from Europe. There is now a question mark over these rights and the relationships between the two nations.

Northern Ireland voted 56%-44% to remain in the European Union, with many Unionists voting ‘leave’ on matters of British sovereignty and identity. But away from these issues of identity and sovereignty, there is a practical dimension that ‘leave’ throws-up concerning the business community: what about the return to a ‘hard border’ between Northern Ireland the Irish republic?

Since freedom of movement and residence for citizens of EU member states was introduced by the Maastricht Treaty in 1992, and the development of the Peace Process, the Irish border (once a highly securitized frontier) has gradually become open. Armed military checkpoints and customs checks have disappeared facilitating greater trade and co-operation between the two states.

Any future re-established restrictions on freedom of movement and a hard border may have profound effects on north-south trade. Customs checks – a detested element of journeys north and south prior to the Peace Process – would necessarily be a requirement again depending on the outcome of Brexit negotiations.

The once fragile border economy, which has been rebuilt on retail and shopping, has seen vast numbers of people travelling from the north into the Republic for cheaper fuel. Greater numbers travel northwards from the south for cheaper household goods and groceries; both governed by the fluctuating exchange rate between the pound and euro currencies.

Towns like Newry and Enniskillen, which suffered greatly during the Troubles, have become reinvented thanks to freedom of movement. Belfast and Dublin, thanks to new and improved motorways are now little more than 90 minutes apart, having a huge impact on improving trade.

Brexit is likely to effect Northern Ireland, its developing Peace Process and trade in both the states on the island more than anywhere else in Britain and Liverpool will be one of the cities in the frontline, experiencing what happens to the relationship between the two nations.

Few other cities in Britain can claim to have such an Irish influence. Trading relations date back for perhaps a thousand years and direct Irish immigration, beginning from the early nineteenth century, is one of the central drivers behind the growth of the city.

Common bonds of language and shared culture won’t change regardless of what form Brexit takes. Liverpool is the city where Irish immigrants like Kitty Wilkinson and Agnes Jones helped revolutionise public health; where James Sexton and Jim Larkin transformed working class politics by organising workers and where authors like Robert Noonan and Pat O’Mara documented the working class life of immigrants.

In the second half of the twentieth century Irish women transformed the NHS just as generations of Irishmen worked the docks and construction sites. In the late twentieth century Liverpool became a place where Irish people came to university and stayed after graduation. As a result, cultural examples of Irish life, like the Gaelic Athletic Association (GAA) and the Liverpool Irish Festival, are thriving with volunteers anxious to maintain bonds with home and celebrate our shared cultural history and experiences.

In the last 20 years the achievements of Liverpool’s top flight football teams and the all pervasive influence of the English Premier League has led Irish people to make regular ‘pilgrimages’ to the city and become major contributors to the city’s burgeoning tourism economy.

Ireland’s/Liverpool’s bonds with Britain go far beyond the possible effects of Brexit. They are long standing and profound. While Irish people will continue to live and work in Liverpool, we are more than simply employees plying our trades. Our spirit, our culture and our experiences are stitched into the fabric of Merseyside life. The Liverpool Irish Festival is a continuing recognition of this.

Dr Paddy Hoey
Enthusiastic podcaster and blogger, Dr Paddy Hoey lectures in Media and Politics at Edge Hill University. Former Liverpool Echo and Daily Post contributor, City Talk FM presenter and Hope University lecturer, he enjoys consulting for Laughterhouse Comedy and sits as a Director on the Board of the Liverpool Irish Festival.

The Artist Centre for Human Rights
In my Liverpool home