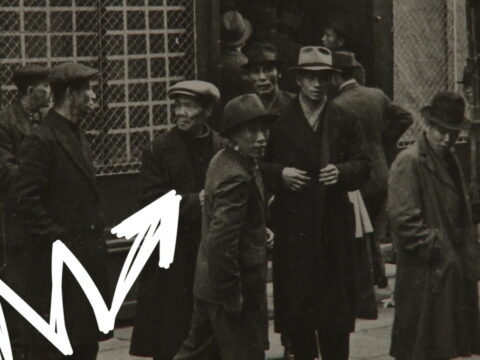 In Liverpool, many of us are aware of the forced repatriation of hundreds of Chinese seaman in the 1940s.

We have stumbled over community stories of families left behind. We have shaken our heads at the inconcievable and overt injustice of a governmental act that denied people their fathers, husbands and friends and we have empathised over the loss. These passive acts are by-products of a lack of evidence and an inability to comprehend the impact. It is a mystery that seems entirely unbelievable and yet men that were there suddenly weren’t; creating ramications that have carried on for seven decades.

In 1945-6, hundreds of Chinese seamen were ’rounded-up’ and deported; sometimes back to China, Singapore or other locations. Official evidence has been gard to come by; with documents strewn across the world and often deliberately hidden from view, making the story difficult to confirm.

Around that time, many of Liverpool’s Chinese seamen met and married English and Irish women; leading to Anglo-Chinese and Chinese-Irish communities; a legacy that continues today.

What of those left behind? Of the men severed from their families and homes? Where did they end up and how did it affect the communities involved? Dan Hancox has written an indepth piece on this very subject: The secret deportations: how Britain betrayed the Chinese men who served the country in the war available in The Guardian (published 25 May 2021; it is also worth noting that there is a follow up article comprising of reader’s comments and thoughts, here).

At 2.30pm, on Thursday 3 June 2021 -marking the 75th anniversary of the deportations- Kim Johnson MP will visit Liverpool Pagoda Chinese Community Centre to meet the children of the forcibly repatriated Chinese seafarers. The intention is to raise awareness and to reissue the request that HM Government formally recognises what Kim Johnson calls “one of the most nakedly racist incidents ever, taken by the British government”.

You can read more about this in press releases, presented in English and Chinese/中文 (click links).

The Liverpool Pagoda Chinese Community Centre welcome the media to attend, to interview those who are willing to be recorded. The event will be live-streamed on Zoom in the hope of including half-siblings in Singapore -and others- affected by the forced deportations.

MP Kim Johnson, Zi Lan Liao (Pagoda Centre Director) and the Pagoda Centre team invite all ‘left-behind-children’ to attend. The event will allow each to stand in solidarity with the community that shares and bears witness to their experience. If you have a connection to this experience you will be welcomed, whether you have made yourself known previously or not.

The Liverpool Irish Festival have positive connections with the Liverpool Pagoda Chinese Community Centre. We share communities and have mutual membership of Creative Organisations of Liverpool (COoL). First Take, another COoL member, and Pagoda worked together to create this film, which introduces Peter’s story, which Dan touches on in his article.

We have worked together on a number of projects, most notably when we commissioned The Sound Agents to work on a film (Liverpool Family Ties: The Irish Connection). This documentary shared community stories that arose from a #LIF2018 event that invited dual- and multi-heritage Irish people to share their experiences. Chinese-Irish stories emerged, affected by the forced repatriation. Although details are to be released, it is highly likely you will see this story play out, in some way, at #LIF2021, memorialising the actions and remembering the people affected.

We highly recommend reading Dan’s piece and to supporting Kim Johnson’s -and the Chinese community’s- request for official acknowledgement of this dark chapter in Britain’s immigration control. It is time we recognised and remember the work and legacy of our Chinese community. We seek to put an end to the injustices they face on a daily basis; some historic, some new; all misplaced.

If you would like to support Liverpool’s Chinese community and/or you can offer Kim Johnson MP support in her request, please write to your MP using these government guidelines.

#BlackLivesMatter: a collective reflection
In the Window 2021 – a craft and design call