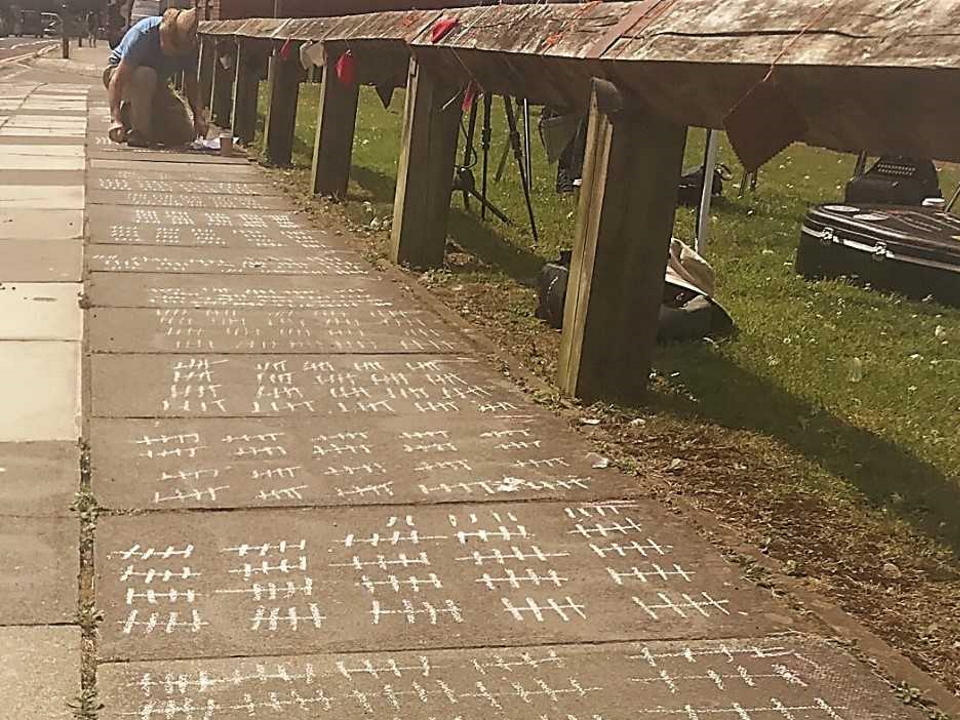 The ground beneath our feet holds many stories.

A plaque on Mulberry Street -erected by the Great Hunger Commemoration Committee- for the Liverpool Irish Famine Trail in the 1990s, marks the resting place of some 2,600 people, who emigrated from Ireland during the Famine. They got to Liverpool, but no further. The site is now occupied by the University of Liverpool, but anyone who stops to read the plaque can’t help but be transported into history which is at once very close to and very remote from today’s city.

2600, a short film shot on Mulberry Street this summer, moves us one step closer, exploring how we can adequately remember those lost, anonymous lives. Made by research-based theatre and film production company Sidelong Glance as part of the Whose History? project, 2600 records a collective act of remembrance, which recognises the long afterlife of the Great Hunger in today’s Liverpool.

Join us for a screening of 2600, and a panel discussion with the director, Dr Eleanor Lybeck (Institute of Irish Studies, University of Liverpool) and fellow experts, as they reflect on commemoration and collective experience in the cultures of Ireland and its diaspora.

Related events (please note, these may have passed) 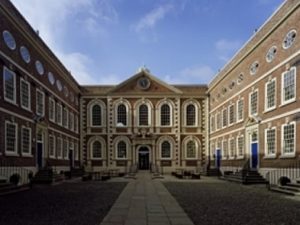 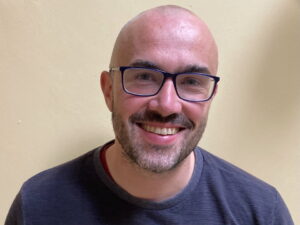 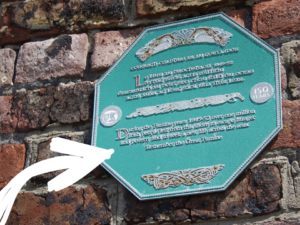 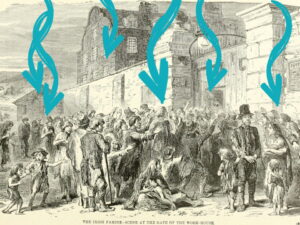 Ireland and Liverpool: A traumatic history

2600 is the second of four short films in the Instutue’s Whose History? series. 2600 was inspired by the Irish Famine Trail memorial plaque on Mulberry Street, which marks the resting place of some 2600 people. To watch the short film and learn more about its background, visit this link.

2600 is also the focal point of Near this Place: Famine Lives and Afterlives (the event listed above), an online panel discussion hosted by the Liverpool Irish Festival, featuring Dr Eleanor Lybeck, Lecturer in Irish Literature at the Institute of Irish Studies and Whose History? project lead and owner of production company Sidelong Glance, who worked on the film.

Whose History? explores questions of belonging and identity through the stories and experiences of people who have lived, worked and studied on the site of the University of Liverpool’s South Campus over the past three centuries. Below is the release schedule for the four films in the series:

These four films profile figures who have shaped Liverpool’s past and present, from anonymous Irish Famine migrants to contemporary XJTLU students; from a nineteenth-century African-American actress (whose performances brought the urgency of the abolitionist cause to life for Victorian Britain), to a community activist who challenged and reimagined the ways we think about war and commemoration.

Whose History? examines and celebrates the unique relationships between people and place, and between the University and the city. Professor Dinah Birch, Pro-Vice Chancellor for Cultural Engagement, said: “We at the University are proud to share in and be part of the rich history of Liverpool. We celebrate those people, events, buildings, and institutions which make and have always made this a world-class city. At the same time, we realise that in order to understand our heritage fully, we need to recognise those aspects of the past which we find disappointing, disquieting, and distressing. It is only in knowing the past, and in confronting it, that we might improve upon the present. Whose History? strikes a balance between acts of celebration and acts of recognition”.

This major civic engagement project builds on the success of the University’s Culture Unconfined Festival in May 2020, which brought literature, music, drama, and discussion to virtual audiences around the world during the first lockdown. The Culture Unconfined website continues to host some of the online performances, such as Rita Ann Higgins reading of her poem ‘I must wash down the banister’.

Professor Peter Shirlow, Director of the Institute of Irish Studies, said: “Whose History? is a fine example of the way in which the Institute aims to break down barriers between groups and communities. It challenges the invisibility of communities excluded from ‘official’ narratives. Recognition is an act, not merely of remembering, but of challenging cultural exclusion and purposeful historical amnesia”.

The four Whose History? films, based exclusively on primary sources, including interviews, literary texts and newspaper reports. Each was shot, on location, on the South Campus in July and August 2021. Informed by conversations with experts from the University, and by local historians and practitioners, they were generously funded by awards from the University of Liverpool Beacon Fund, the Alumni & Friends Fund, the School of the Arts Small Research Development Initiative Fund and the Institute of Irish Studies. Support from the Beacon Fund allowed Sidelong Glance to employ two current undergraduates to work on the development, production and promotion of the films.

Dr Lybeck, who devised and directed the films, said: “Liverpool isn’t where I’m from, but it’s a place where I feel I belong. Through Whose History?, I wanted to draw attention to some of those episodes in the city’s history that I find most compelling. It’s been a privilege to be guided through the production process by people with a special understanding of Liverpool’s past, and to have the chance to bring their stories to life.”

To participate in the conversations about all the films in this series, visit Whose History? and Sidelong Glance on Instagram (@whosehistory) and Twitter (@sidelong_glance).