Mellowtone have promoted songwriters -from the worlds of folk, blues and roots music in Liverpool- for over 15 years.

Mellowtone Records was established in 2014 to progress this mission further.

A shared cultural history has entwined Liverpool with Ireland.  One of the dominant strands in the city’s development was Irish immigration and this event features a range of Liverpool-based musicians from Ireland -and of Irish heritage- with live recorded performances and music videos from Seafoam Green, Simon Herron, Only Child, Kingfast, and Motel Sundown.

It’s always good to have something new and varied to listen to isn’t it? So while you’re cooking today’s dinner, or settling in to your new group of six, why not stick on a playlist? We’ve asked some friends to create one for you on Spotify, which you can find by searching “Seafoam Green Liverpool Irish Festival by Dave O’Grady” or using this link.

Seafoam Green are Irish song-writing duo Dave O’Grady and Muireann McDermott Long, they’ve played at the Festival with Mellowtone a number of times. This playlist, curated specially for the Liverpool Irish Festival, features a range of their influences, inspirations, friends and peers, with Irish selections from the traditional to the contemporary. Based in Liverpool, and working with Mellowtone Records, their debut LP Topanga Mansion was met with critical acclaim. 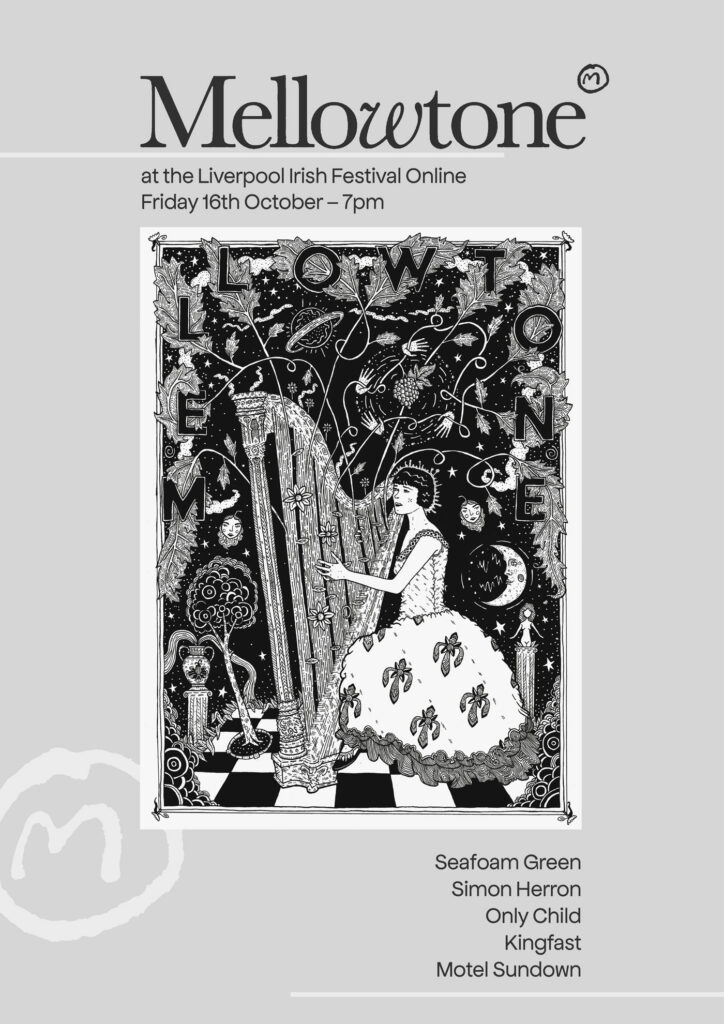