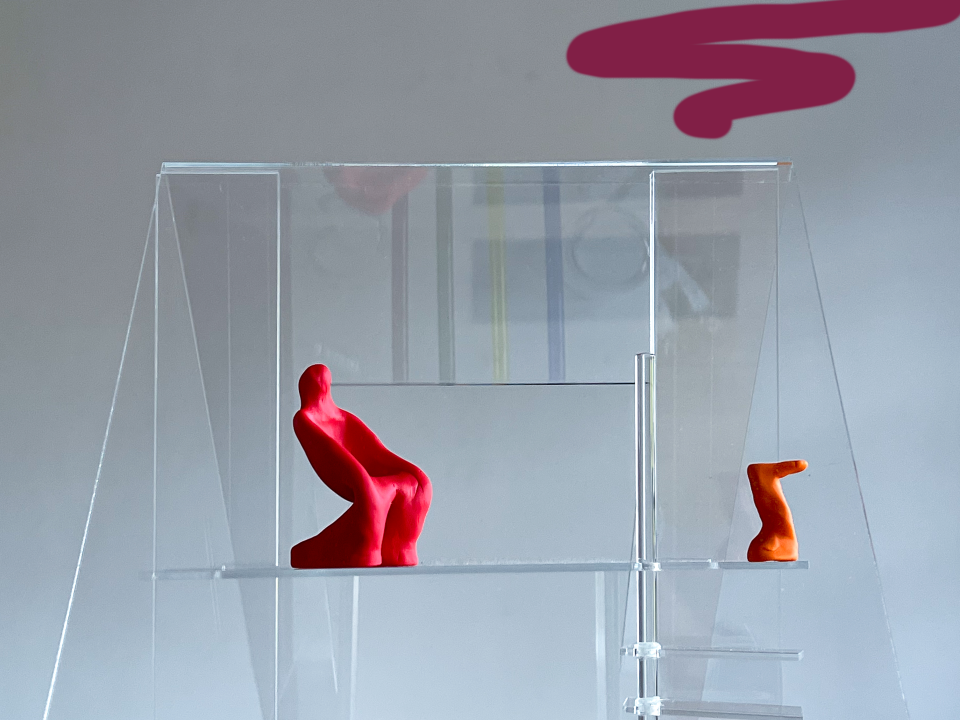 Using the classical grammar of the joke…

…its framing, telling and punchline -in a roundabout sort of way (the ‘telling’ was created first, followed by the ‘punchline’, followed by the ‘framing’)- Ciara Finnegan and Paola Bernardelli created a series of  jokes which they will post daily.

Bernadelli created and photographed the setups that form the tellings, while Finnegan responds with photographic inventions to form the punchlines and cooks up the framing text.

The make up of a joke

Known as The Daily Gag this relay will take place on Liverpool Irish Festival’s Instagram account (www.instagram.com/LivIrishFest) and can be found and followed using the hashtag #LIF2022Housing

Following her participation in Housing -a remote residency at Art Arcadia– Ciara Finnegan (artist) invited Bernardelli (founder/Director Art Arcadia) to play with the hyperbolic sculptural figures in the transparent plexiglass dollhouse, which Finnegan built in the exhibition space in Derry. See more on the exhibition origins here.

Playing with the figures, the transparent structure of the house and the shift of light and point of view, Bernardelli staged (and photographed) a series of absurd scenarios. These setups serve as the ‘telling’ of a gag to which –drawing on Maggie Hennefeld’s** research on the physical comedy of early 20th century film comediennes- Finnegan and her 10-year-old daughter, provide a punchline.

As with her work on Housing within The Daily Gag sequence, Finnegan makes reference to Malcolm Turvey’s analysis of the comedy in the films of Jacques Tati and what he terms ‘comedic modernism’*, and continues to poke at issues around transparency and privacy in the contemporary age.

In the way that Tati’s films stimulated audiences to be alert to the comic possibilities of everyday life, The Daily Gag seeks to invite the spectator to participate in co-authoring the humour. It also laughs at itself (self-consciously aware that it plays on some of the more abstruse behaviours of contemporary art) and the audiences’ studious urge to ‘get’ contemporary art or, conversely, dismiss it quickly with “Yeah. I don’t get it”. 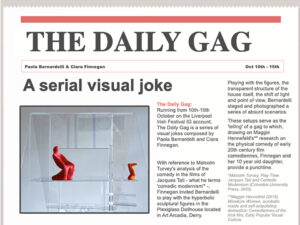