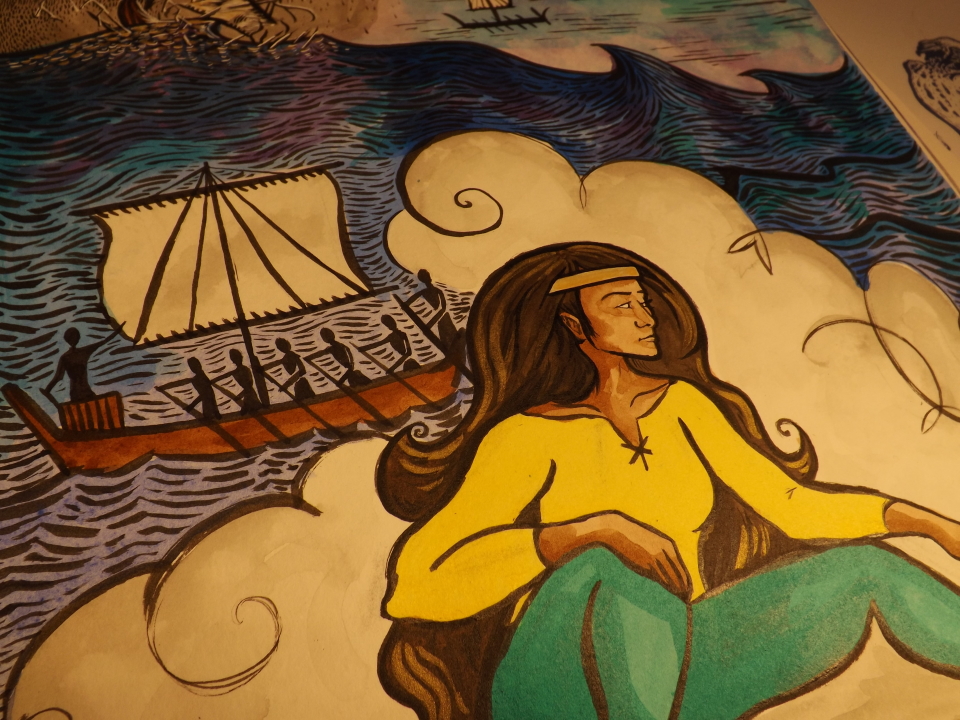 You know that Samhain (Hallowe’en) is a Pagan festival? A time when the veil between this world and ‘the Other’ is at its thinnest; a time we must honour the dead and protect ourselves from evil spirits?

Dressing up, feasting, lighting bonfires and carving pumpkins are traditions that echo our ancient roots. So, who were the people that first celebrated it and what did they believe? Who were the gods they worshipped, and where are they now?

The answer is: they are still with us! Although Christianity came and took hold of the country, Ireland never fully lost its Paganism. The gods of old remain with us to this day as ‘the fairy folk’ and superstition holds strong.

Come along to a session of Hallowe’en storytelling with a difference! Set amongst an exhibition illustrating the myths and legends of the first peoples in Ireland, the stories include explanations of the gods of old and their downfalls, as well as how they exist in today’s world!

This event is for children*, accompanied by their respective carers, and is set at the Mansion House to be close to the Calder Stones, which bear the marks of Celtic tribes who would have honoured these stories. The session will last about an hour.

* We recognise that children might cry, run off, dip in and out, etc. We have not set an age on this; it is for children who continue to want to be there and can engage in a storyteller’s voice. We anticipate carers making calls on whether their wards can stay or are creating issues for other children.

This event is supported by Gael Linn and An tUltach and presented in partnership with The Reader.