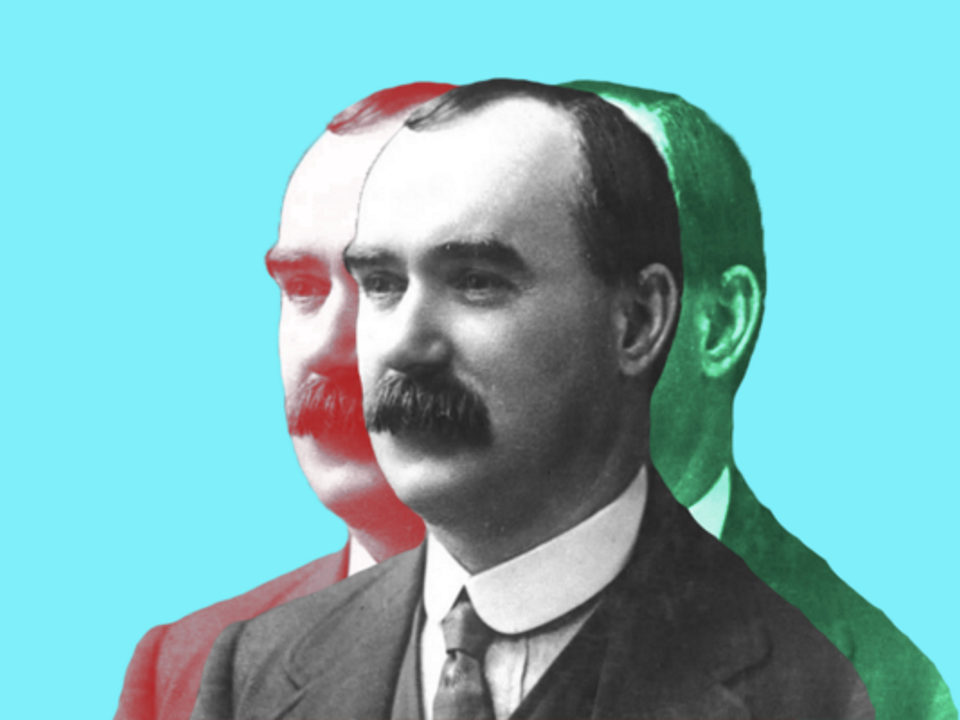 Dedicated “to everyone struggling for a world free from exploitation, injustice, and oppression” The James Connolly Reader chronicles one of the leading figures in Ireland’s 1916 Easter Rising against British rule.

Widely recognised as one of the most significant and innovative thinkers and activists in the socialist tradition, Connolly played a significant role in the Irish independence movement, which is recognised across the political spectrum, and internationally, due to Connolly’s unparalleled contribution to working class politics in Scotland and the United States. This is the most extensive collection of Connolly’s writings and speeches available, which Shaun Harkin (Editor) places within their historical context to draw out Connolly’s contemporary relevance.

5 June 2018 marked the 150th anniversary of Connolly’s birth and so, as a migrant who has left a continued mark on the world, we honour him with this event.

£5 (redeemable against the purchase of The James Connolly Reader on the day). It doesn’t say this on the Ticket Quarter page, but it will be deducted if buying a book at the event.