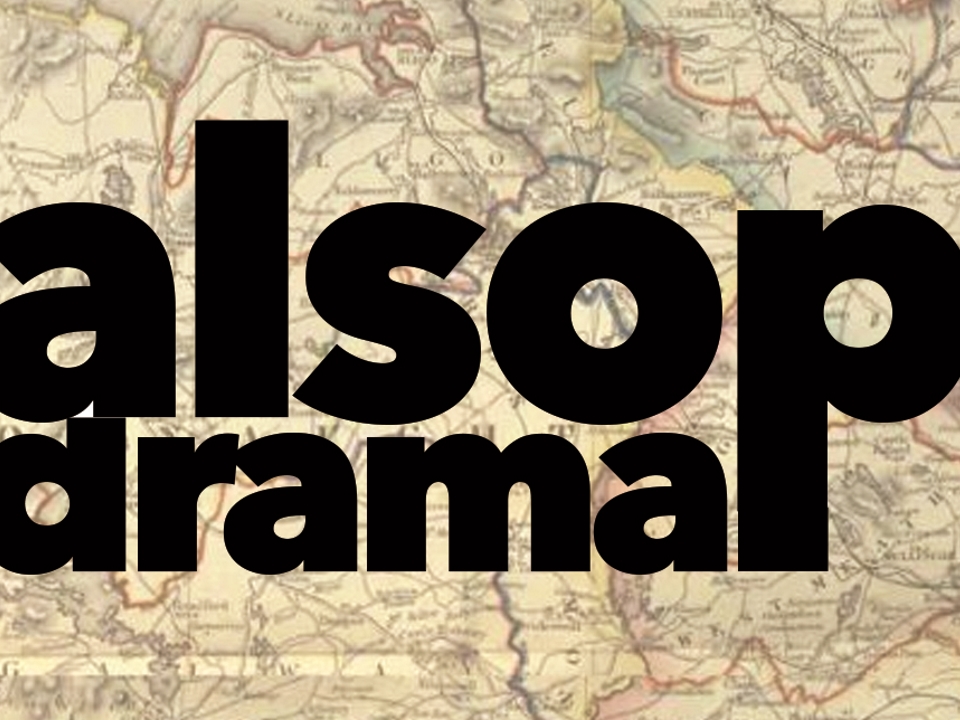 Alsop Drama present a programme of three of short plays exploring the theme of ‘the undead’ and how Irish peasantry’s relationship between the living and dead was full of mysticism and myth.

The plays – performed in rotation – look at how superstition and folklore influenced relationships with the spirits, the living and past. Originally performed as a trinity of plays by the RSC, Alsop Drama capture the essence of rural life in early twentieth century Ireland through these well-known playwrights.

Riders to the Sea, 25 mins
John Millington Synge, b.1871-d.1909
A tragedy of a mother and the loss of her husbands and sons to the sea. Based not on the traditional conflict of human will, but on the hopeless struggle of people against the impersonal and relentless cruelty of the sea, this clearly Catholic family find themselves wary of the supernatural characteristics of natural elements, an idea ever present in Celtic paganism. Some consider this the perfect one act play

The Shadow of the Glen, 30 mins
John Millington Synge, b.1871-d.1909
A ‘tramp’ seeks shelter at the Burkes’ isolated farmhouse, finding Nora tending to the corpse of Dan. Nora goes to find Michael, whilst Dan reveals his death is a mere ruse to the ‘tramp’. Playing dead again on her return, Dan leaps up in protest when Michael proposes to Nora. Dan kicks Nora out, leaving her to wander the roads with the ‘tramp’ who promises her a life of freedom

Purgatory, 15 mins
William Butler Yeats, b.1865-1939
A family saga of decline and fall told through its two remaining members: an Old Man (the father) and a Boy (his sixteen-year-old son). It is set outside the former family home, which the Old Man’s father had drunkenly burned down, leading him to kill his father as the building perished. Tonight, the Old Man tells the Boy, is the anniversary of his mother’s wedding night…This was the night on which he was conceived