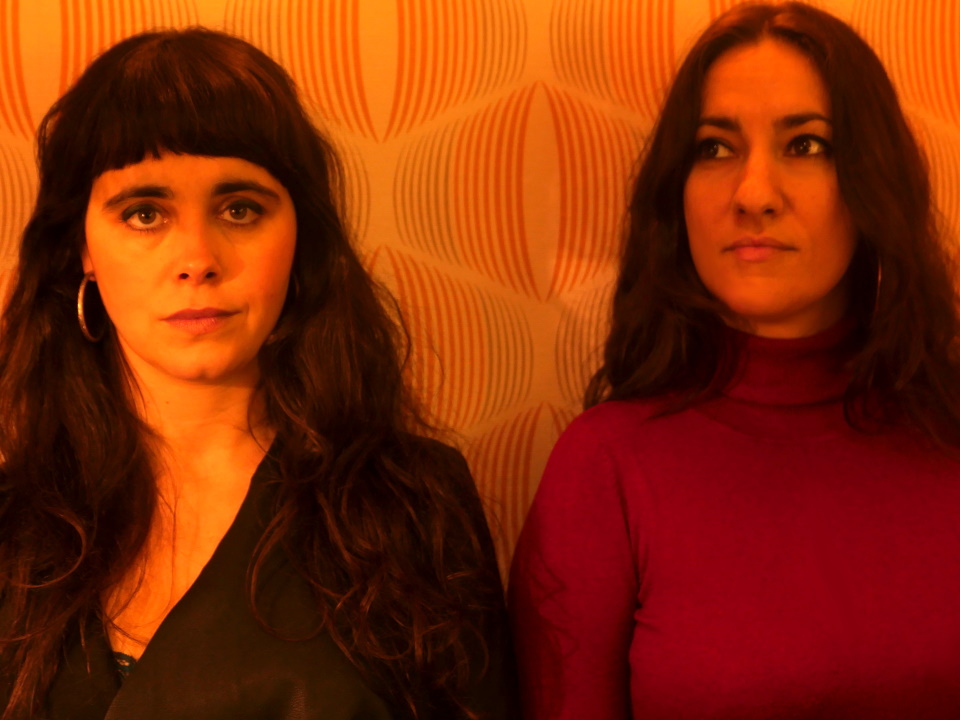 Enjoy an evening of traditional tunes with Dublin based trad/folk duo Varo.

“Varo is the name of a river that, centuries ago, used to represent the border between France and Italy. Over time it wrestled between being French or Italian, as though it couldn’t really choose a nationality, like the two of us. We come from two different countries and have found ourselves falling in love with the Irish music and its culture” – Lucie Azconaga and Consuelo Nerea Breschi.

Varo are singers and fiddle players Lucie Azconaga (France) and Consuelo Nerea Breschi (Italy) who perform Irish traditional songs and tunes, with arrangement influences from the Folk, Baroque and Classical traditions; weaving melodies with harmonies, drones and countermelody. The duo met in 2015, having moved to Dublin to pursue their love for Irish traditional music, and immediately started a fruitful collaboration. They travelled to Ireland along different musical paths, Lucie from jazz, classical music and French folk; Consuelo from Irish trad, folk and world music.

Over the years, Lucie and Consuelo have had the pleasure of working in various other projects, such as Landless, Lisa O’Neill’s Band, Ye Vagabonds, The Morning Tree, Alasourse and The Nomadic Piano Project. They have now assembled a phenomenally talented group for a new collaborative album and video series, which they will premiere videos of and discuss as part of this exclusive live stream event.

Find out more about their upcoming collaboration project, here an listen to their 2020 album here.

“It is an exciting time for Irish folk music, and Varo’s accomplished debut should position them at the forefront of the scene”, Folk Radio UK
“The delicious austerity of the baroque intertwined with the current Dublin traditional music scene. Varo have mastered the art of subtle layering of tunes…”, The Irish Times
“Varo do magic things to traditional tunes…”, Hot Press

This is an In:Visible Women marker. It shows this event continues our In:Visible Women work. These events are always open to everyone, but are female led and often contain stories pertinent to women. In:Visible Women began in 2016 and shows the Festival’s dedication to promoting equity and hearing from women who have, historically, been diminished by societal systems. This is a small contribution to making invisible women -and their stories- visible.