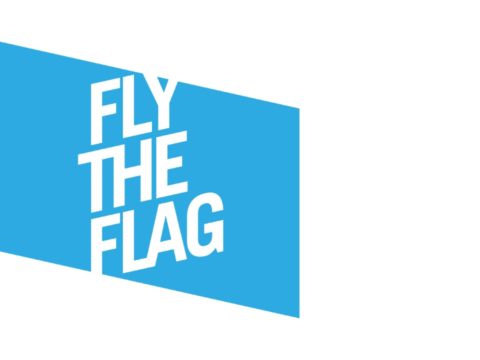 Fly The Flag is a global project running 24-30 June 2019 to mark the 70th anniversary of the signing of the Universal Declaration on Human Rights.

Why and how are we involved?

Liverpool Irish Festival is flying the flag in the hope of celebrating universal human rights and positively connecting with Irish diaspora audiences, globally, as well as sister communities across the world. At a time when Ireland’s Diaspora Policy is under review, Ireland’s connections with Europe are being strained by borders and Anglo-Irish status is being looked at more closely, understanding our role within the Universal Declaration on Human Rights, our relationship with peace and our contributions to global networks has never been more important.

Ai Weiwei is an internationally renowned artist, but also an individual who is recognised as contentious by sections of China’s community and systems of government. Viewed as an anti-traditional individualist, Ai Weiwei’s experiences, contemporary work and activism have led him, historically, in to both arrest and exile. This juxtaposed position of being loved and feared places him in an unusual position to speak about rights and violations, humanity and expression.

This particular work –Fly the Flag– is understood explicitly to be about uniting people through universal rights and equity and for this reason the Liverpool Irish Festival will #FlyTheFlag. It will fly on our home page for the week marking the Declaration’s 70th year. We hope you will use our page to access more information about the Universal Declaration on Human Rights and that you will learn, share and value its messages, rolling out its word and work ever further to ensure all communities globally are treated with universal rights.

To mark the 70th anniversary of the Universal Declaration of Human Rights, artist Ai Weiwei has created a brand new flag to celebrate universal human rights. In a far-reaching and unique collaboration, arts organisations and human rights charities have come together to Fly The Flag. The flag was commissioned in response to the real and present dangers of a world changing at break-neck speed, and a community that has forgotten why human rights are so important, to offer hope and to educate generations to come about the absolute importance of universal human rights.

In June 2019, the flag will be flown for 7 days marking the 70 years across the UK and also around the world from Mexico to Iceland, Germany, Denmark, Greece and the USA. Organisations across the UK are programming events and activities to take place during Fly The Flag week. To find out more visit FlyTheFlag.org.uk

About the Universal Declaration on Human Rights

More needed than ever before, but under severe threat.

As the world changes at break-neck pace, the need for our hard-won, anchored system of legal protections for human rights is more vital than ever, yet that system is under severe threat at home and abroad. We are living through turbulent times. Political instability, economic inequality, social change and technological revolution create new challenges and uncertainties.

The Universal Declaration of Human Rights, 70 years old this week, offers people a beacon of hope in these uncertain times. The Declaration was created by women and men who witnessed first-hand the horror and inhumanity of the Second World War and were determined that it should never be repeated. And today, through the UK Human Rights Act, this powerful idea protects the rights of everyone in this country.

Human rights are more than just a catchphrase. They inspire and empower. Inspire a vision of a world free from abuse and cruelty. Empower by protecting us from state abuse and curbing the reach of society’s most powerful, so that a minimum standard of safety and dignity is guaranteed to every human being.

In these difficult and unsettling times, universal human rights have never been more important.