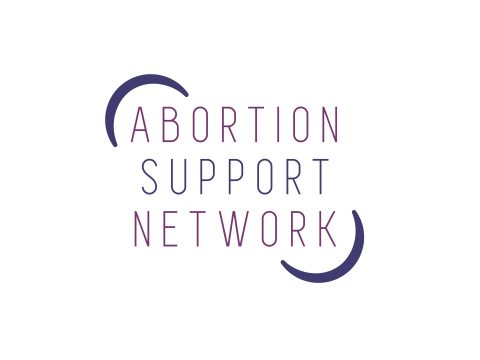 In February the Liverpool Irish Festival attended the Irish Government’s Global Forum in Dublin. There we met Cara Sanquest from the London-Irish Abortion Rights Campaign. Cara has clear and communicable convictions; an intellect matched with eloquence and a crystalline ability to speak to people of all ages articulately and with compassion…in a room of international civil servants, business leaders and social welfare providers Cara’s voice stood out. It was clear we needed to speak – what Cara said we believed our audiences would have opinions on and our artists would have responses to. We wanted to  as well as a contemporary voice we wanted to carry forward.

Between us, plans for In:Visible Women developed. As a result of our conversations, the Liverpool Irish Festival were introduced to Mara Clarke, founder and Director of the Abortion Support Network. Mara, like Cara, is erudite and clear – her charity has seen what poor abortion law can create and has born witness to some harrowing cases and life stories. She knows the individuals and is aware of the serious difficulties laws and ‘old school’ values create. Her life is lived in the liminal space between was is ‘lawful’ and what is ‘moral’…between governments…between families and between opinions. Mara is very clear on what is needed and works tirelessly for funds, support and understanding

Since our initial conversations, much case law and legislation has passed about abortion, much of it in rooms where the Abortion Support Network have been present. We discussed London-Irish ARC and ASN being part of an afternoon of discussions and set the dates. Sadly for us, the pressures on ASN – at a  time when legislation is shifting and mass movements are forcing change – have meant Mara has not been able to join us for In:Visible Women and so instead, to share more about the organisation, we commissioned Mara to write a statement about its work. The statement will be read as part of the In:Visible Women day, but for those interested in its work, we are also producing it here.

The Abortion Support Network (www.asn.org.uk) is a grassroots charity. We do three things:

People often ask why we started Abortion Support Network – ASN to our friends – in 2009. We say, how can this be the question? Surely the question is why in 2009 are entire countries still denying women and pregnant people access to safe legal abortions? When will people reason that making abortion against the law doesn’t stop abortion? To clarify the answer to this, it doesn’t. It stops safe abortion. It stops abortion for poor women. It stops abortion for people who can’t leave their country – women with children and no childcare; women who need visas to travel; women who can’t get out from under the watchful eyes of abusive or controlling partners or parents.

There is no typical client. We have heard from women as old as 53 and girls as young as 13. Many of them already have children. These were women in abusive relationships; women living in homeless shelters; women addicted to drugs; women with serious mental health issues, women pregnant as result of rape; women with serious medical conditions that pregnancy would complicate and women who had been told that their wanted babies had catastrophic foetal anomalies.

There are four things all ASN clients have in common:

Though we’ve heard some incredibly harrowing stories, ASN is clear with our supporters and funders that we don’t believe there is a hierarchy of abortion. We never prioritise one client over another. We don’t ask our clients how they got pregnant or why they want abortions. We don’t even ask if they are women and we know that we have helped a handful of trans, gender dysmorphic and/or intersexual clients. Our only criteria are financial need and our availability of funds.

Women with money don’t have to justify their reasons for having an abortion, so our clients don’t need to either.

Abortion Support Network is an abortion fund. We exist because we think “I can’t afford an abortion” shouldn’t be the only reason someone becomes a parent. We are the people who deal in the human cost of making abortion against the law.

Abortion Support Network provides financial assistance and accommodation to those travelling from the Republic of Ireland, Northern Ireland and the Isle of Man for abortion procedures. Funding is available on a case by case basis, depending on financial need and availability of funding. Individuals are asked to contact ASN before booking travel as they can also advise on the least expensive clinics and methods of transport. ASN provide confidential, non-judgmental information to anyone who contacts them via phone or email about travelling to England for an abortion, as well as information about reputable providers of early medical abortion pills by post, which they also provide information on. asn.org.uk Press and non-urgent enquiries can be made to Mara Clarke, Founder and Director of ASN here:

The London-Irish Abortion Rights Campaign calls for the repeal of the 8th amendment from the Irish constitution (ROI) and campaigns for access to free safe legal abortion in Ireland and Northern Ireland. They are the London branch of the Abortion Rights Campaign in Ireland, and a member of the Coalition to Repeal the 8th Amendment. londonirisharc.com | repealeighth.ie | abortionrightscampaign.ie  Handles: /londonirisharc /ldnirisharc