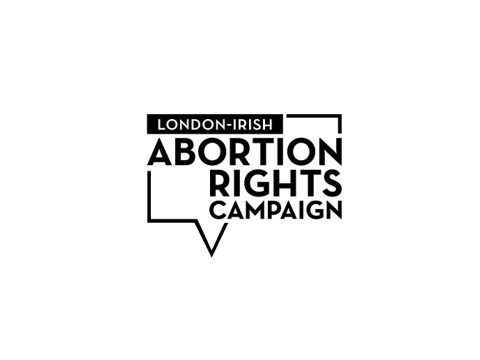 As regular readers will know Cara Sanquest of the London-Irish Abortion Rights Campaign introduced the Liverpool Irish Festival to this organisation and to the Abortion Support Network (see Mara Clarke’s piece, here). Cara also introduced us to Hannah Little, a London-Irish Abortion Rights Campaigner, from the Republic of Ireland. Here, Hannah tells us a little about how she became involved ahead, of her speaking at the In:Visible Women day (more details below).

The truth is I never really felt Irish until I left. Growing up I had not considered how my long red hair, thick Dublin accent and chatty demeanour would qualify me as a walking Irish stereotype. When I moved to London I learned the significance of my nationality in encounters with new friends and colleagues. What I saw simply as my personal characteristics – being friendly, sociable and a little forthright – others viewed as typical traits of “the Irish”. I was happy to discover that we were generally viewed quite positively. Before long, I became comfortable with the feeling that I embodied the idea that Ireland was a nation of lively, approachable people.

This new-found national pride was called into question when I heard about the death of Savita Halappanavar in 2012. Savita, a 31-year-old woman from Galway, had died from complications arising from a septic miscarriage after being denied an abortion. Following repeated requests for a termination, her husband and family were told it was not an option “because Ireland is a Catholic country”.

I felt the urge to gather with others and mourn her shocking and tragic death. Lighting a candle outside the towering grey Irish embassy in Knightsbridge, I was forced to reconsider the positive image of Ireland I was promoting abroad. If abortion is recognised as basic healthcare around the world, how could an otherwise healthy woman die in hospital in my home country? The enduring influence of Catholicism in Ireland had suppressed medical wisdom and as a result, Savita had died an entirely preventable death.

As support for a referendum on the issue of abortion in Ireland began to gather momentum, I decided that rather than watching from afar I would try to play my part abroad. In 2016 I was part of a team of Irish ex-pats who organised a London solidarity event on the day of the March for Choice in Dublin. Hundreds gathered outside the Irish embassy to send a clear message that the diaspora were also calling for a full repeal of the eighth amendment – a constitutional change that could enable increased access to abortion in Ireland.

I met a group of likeminded people that day and together we went on to form the London Irish Abortion Rights Campaign. Since then, our group has grown to over 1,500 members and boasts a team of over 60 volunteers working on a daily basis. We campaign for access to free, safe and legal abortions across the island of Ireland through fundraising, direct action, lobbying of politicians and building international awareness of the issue through the UK media.

With a referendum on the Eighth Amendment now imminent, the next few months are crucial for the Irish pro-choice movement. As we saw with the result of the referendum on same sex marriage, Ireland is ready to break free from Catholic conservatism and adopt the twenty-first century values of inclusiveness and acceptance.

Irish people do not need to identify as pro-choice to appreciate that current legislation is harming Irish women*. The United Nations has repeatedly stated that Ireland is in breach of human rights by denying its citizens access to basic healthcare. I hope that by voting for increased access to abortion, Ireland can go some way to redressing the tragic injustice of Savita’s death and no doubt countless others.

Only when Ireland allows women to have full control over their own bodies will I be proud to call it home again.

The London-Irish Abortion Rights Campaign calls for the repeal of the 8th amendment from the Irish constitution (ROI) and campaigns for access to free safe legal abortion in Ireland and Northern Ireland. They are the London branch of the Abortion Rights Campaign in Ireland, and a member of the Coalition to Repeal the 8th Amendment. londonirisharc.com | repealeighth.ie | abortionrightscampaign.ie  Handles: /londonirisharc /ldnirisharc

Abortion Support Network provides financial assistance and accommodation to those travelling from the Republic of Ireland, Northern Ireland and the Isle of Man for abortion procedures. Funding is available on a case by case basis, depending on financial need and availability of funding. Individuals are asked to contact ASN before booking travel as they can also advise on the least expensive clinics and methods of transport. ASN provide confidential, non-judgmental information to anyone who contacts them via phone or email about travelling to England for an abortion, as well as information about reputable providers of early medical abortion pills by post, which they also provide information on. asn.org.uk Press and non-urgent enquiries can be made to Mara Clarke, Founder and Director of ASN here: