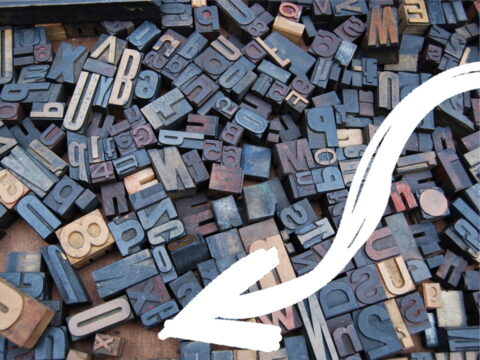 Many of you will have read campaigns about the Irish Language Act in Northern Ireland and will have views on national languages being spoken at home and abroad. Language itself can be a contentious subject; politicised and exclusionary for some, but ‘mother languages’ often transport people to happy places; to a loved one’s voice and to connections not brought about by any other sound. In this article, Festival Board member Siubhán Macauley explores her feelings towards Gaeilge and her use of it to connect with home.

The Festival publishes this piece within our culture remit, acknowledging Siubhán as a relevant voice for today. Her piece handles her feelings for and connections with the Irish language, at home and abroad. It chimes with work with are undertaking with Gael Linn, Conradh na Gaeilge and Tony Birtill (event link here), alongside our position of working with all aspects of ‘Irishness’. To find out more about the Irish Language Act, follow this link.

This week, a family in Coventry won a significant legal battle to overturn a ban that prevented them using Irish wording on their mother’s grave. “In ár gcríothe go deo” was the phrase considered too inflammatory to include in a Coventry graveyard, without the English translation. I will give you the translation here, but by no means do I think that it cannot exist without it. “In our hearts forever” was the sentiment that best expressed -to that family through their mother’s tongue- in the Irish language.

The Chancellor of the Consistory Court of the Diocese of Coventry gave the reason behind his ruling: “Given the passions and feelings connected with the use of Irish Gaelic there is a sad risk that the phrase would be regarded as some form of slogan or that its inclusion without translation would of itself be seen as a political statement”. It feels like a statement more at home in the anti-Irish sentiment of 1950s and 1960s in Britain, and it is sad and shocking to see it still exist. It is in Margaret’s name, and for her family’s grit, that I write this article. Ní maith liom bhur dtrioblóid[1].

The appearance of the case in media, and on social media, brought me to thoughts of my current relationship with Irish. The pandemic did for me what I imagine it did for a lot of people; reorganised some priorities. I was furloughed in May 2020 and threw myself into something I had lost almost all contact with over the course of 7 years living in Liverpool. Mo chuid Ghaeilge[2].

After years of studying Irish, attending summer Irish courses in the Donegal Gaeltacht, and even working there as Ceannaire[3] a few times, I came to Liverpool in 2013 ready to continue learning and using my Irish. I met with Tony Birtill, a Liverpool born Irishman who has dedicated much of his life to researching, promoting, teaching and speaking the language. Outside my halls in the first weeks of my first term, Tony taught me a few new words, amongst them “olldord” the word for double-bass; I was studying music at the time.

University, then work, and life, got in the way of the language for a number of years, and I am sorry to say that I lost words, phrases, and a wee piece of me. Now, those same bits of the language are coming back to me in aha moments. I’m overwhelmed with resources to be able to speak, learn and write in the language.

I use my Irish online on social media, and interact with people across the world who use Irish daily on sites like Reddit. I follow accounts online that give you bite-sized phrases, breakdown grammar structures and teach you using memes. I’m part of a huge Discord server (a group chatting platform) where lots of learners, native speakers and people with an interest in the language come together to chat, take lessons, and clarify things with each other. It’s an amazing place, run by people who love the language.

But most importantly, I meet every Monday evening on Zoom with a brilliant motley crew called Conradh na Gaeilge Learpholl (Liverpool’s Irish language Society), headed up by Tony Birtill, to talk about the craic of the week, and use the language naturally.  Each and every person that attends our comhrá cáinte[4] on a Monday night, and book club on a Thursday night, have their own reasons and personal connection to the language. Some of us are Irish, or have Irish heritage, and find Irish a way to understand our roots and connect us back to home. Others have an interest from a linguistics point of view, and take pleasure in the structures, grammar and rules of the language.

But, unless you are actively learning and speaking the language, it is rare you get to hear na fuaimeanna áille[5] of the Irish language, as much as you hear talk about it. At home in Ireland, the language is highly politicised, and there are reasons for activism surrounding Gaeilge. Irish speaking Gaeltacht communities have about half the social infrastructure as the rest of Ireland, contributing to the rapid decline of native speakers in those areas.

An ongoing campaign to allow dual language street signs (English and Irish) has been met with furious backlash from some members of unionist communities. Organisations such as Conradh na Gaeilge and An Dream Dearg (The Red Crowd, a group whose main strapline is ‘Dearg le Fearg’ meaning ‘Red with Anger’) advocate daily on behalf of those whose speak the language every day, promoting their human rights to access the language and opposing the discrimination that Irish language speaking communities face.

And in Britain, too, it saddens and angers me to hear that the language is levered into the kind of thinly-veiled anti-Irishness that denied Margaret Keane’s family the right to remember her through an Irish saying, used to express solidarity with loved ones. It is incredibly hard to separate the language from its politics, but amidst all the news stories, it’s just a language. A way of communicating. It was there before colonialism, spoken every day throughout the country, and it is there after, spoken in the same way by the Gaeltacht communities.

The Irish language is a mode of communication, a means of exchange, and an attack like this on a minority indigenous language signals a lack of understanding of Irish communities, their native language and their heritage, or even a desire to understand. I was incredibly happy to learn during the week that the appeal to overturn the ban on Irish on Margaret’s gravestone had been successful, and that the way had been cleared for the family to remember Margaret in their way. Comhghairdeas leo![6]

In my own language learning, it is incredibly important for me to understand the context, backdrop and nature of the language and attitudes to it. Every language sits within its context in time. But when we hear these stories, what we don’t hear is Irish itself. We don’t hear the sounds and the rhythms, completely different to those of English. For those of you who would like a taste of it, best to tune into RTÉ Raidio na Gaeltachta, a radio station serving the Irish language speaking communities in the Gaeltachta (You can hear speaking on this programme, here).

Ultimately, it is the language that makes the most sense to me (I’m still working on making sense through it!). I find myself in its worldview; in the way that it looks at things and talks about them. I want to speak the language, hear it, dream in it. Beyond the politics, I want to use it in my own life, with my own people.

I am lucky to have Conradh na Gaeilge Learpholl, and the expertise of Tony Birtill here in Liverpool, and groups of people whose passion for the language is evident.

Influence and chance to learn more

An Ghaeilge[7] has had a profound effect on Liverpool itself. Tony notes in his book An Ghaeilge i Learpholl/Irish in Liverpool that a street in the Baltic Triangle, after the mass emigration of the famine, was its own Gaeltacht, with all residents using Irish as their first language. I live close to this street and I take pride and reassurance in this piece of local history. Tony Birtill presents his revised book, as part of the 2021 Year of Writing, on Thursday 4 March, exploring the history of the language here in Liverpool. I implore you to come. Event link here.

Conradh na Gaeilge Learpholl recently advertised a free six-week beginner’s course in Irish. Places filled in two days, and the response was three times what we could accommodate. We were thrilled, and I am heartened to find that the interest and respect for the language is alive here in Liverpool where Irishness touches so many lives. It speaks to the liveliness of the language persisting; the willingness of people to get in touch with their heritage, and a bravery for approaching something new with enthusiasm. We would love you to join us as we speak it, celebrate it, learn and teach it. It’s yours as much as it is mine.

Conradh na Gaeilge Learpholl would love to hear from you if you are interested in learning or speaking the Irish language with us. We currently have an intermediate-advanced group meeting (Mondays at 8pm) to chat and a book club (Thursdays at 8pm). We’ll be running beginner’s classes from March, and have an upcoming yoga session delivered in Irish (no yoga or Irish experience needed, just follow along!) at 6pm, 11 March. To join Conradh na Gaeilge Learpholl for any of these sessions, or just to say hello, please get in touch with us on [email protected]. You can find us on Twitter @LearphollCnaG and on Facebook.

[7] An Ghaeilge- The Irish Language

The views expressed within this article are the author’s own.