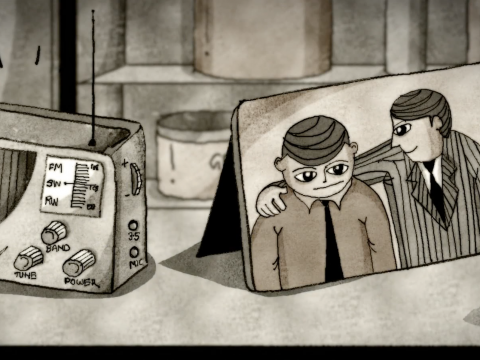 Liverpool Irish Festival is to host the inaugural Celtic Animation Film Festival this October, celebrating established animators of Celtic heritage and emerging animators from around the world.

As part of the festival, there is also a new Celtic Animation Film competition, showcasing short animated films made in Liverpool, Ireland or other Celtic regions.

The film festival will showcase storytelling related to Celtic identity, myths, cultural history and personal tales from Celtic animators around the world.

The “festival within a festival” will take place on 22 Oct, during Liverpool Irish Festival (19-29 Oct 2017) and will involve screenings and competition awards ceremony at 81 Renshaw Street in Liverpool.

Once dubbed the “Celtic Tigger”, Ireland’s animation industry has been an award-winning and high profile arm of its blossoming film industry. Critically acclaimed films like ‘The Secret of Kells’ and ‘Song of the Sea’ has married a blend of sumptuous animation with Celtic storytelling that has won over audiences and renewed interest in Celtic mythology. Liverpool Irish Festival, as part of its film strand, has increasingly reflected this trend; three years ago it screened the English premiere of ‘Five Fables’, written by Seamus Heaney narrated by Billy Connolly with a score by Barry Douglas and with beautiful 2D animation by Flickerpix.

Kate Corbin is one of the organisers of the Celtic Animation Film Festival. She says the quality of the submissions for the inaugural award have been incredible,

“The range of techniques, subjects and quality of animation across all categories is awe inspiring. We aim to highlight this excellent work through CAFc and encourage new and emerging celtic and international animators to forge an ongoing global community to celebrate and share their practice.”

Liverpool Irish Festival is the only arts and culture led Irish festival in the UK. Now in its 15th year it runs across ten days in October (19-29) and provides a platform for artists and performers across a range of disciplines, including music, performance, visual art, film, dance, theatre, literature and more. Celebrating the unique cultural connections between Liverpool and Ireland, this year’s festival programme includes a lecture by BBC war correspondent Orla Guerin, a new strand called In:Visible Women, exploring the forgotten stories of Irish women and the launch of a new book by Greg Quiery telling the story of the shared history between Liverpool and Ireland, and the impact on the culture of modern Liverpool.

To find out more and to book tickets click here.