Since we met Maz O’Connor in 2018, she has come to represent a quietly powerful and always creative voice.

Through our In:Visible Women programme, we have traced her work, communicating her story as she progresses her career, music practice and storytelling authorship. For this year’s St Brigid’s Day, Maz provided an overview of her newest work in progress (more on this shortly) and today we catch up with her about how far the project has come, before inviting you to come and see a version of it at this year’s Festival.

A trip through time

Since 2017, I have been writing a piece of music theatre based on the story of Bridget Cleary, a 26-year-old dressmaker from Co. Tipperary who, in 1895, was burned to death by her husband and family because they believed her to be a fairy changeling. The piece is called The Wife of Michael Cleary and is rooted in Ireland’s traditional music and song.

The Liverpool Irish Festival has supported the piece over the last two years, offering mentoring and seed funds for development. I last wrote about the piece for the Festival in February of this year (liverpoolirishfestival.com/finding-bridget), when a film of our first workshop was due to be shown as part of Britten Pears Arts’ Festival of New.

The Festival of New was a great success, despite having to be moved online due to Covid-19. It was wonderful to be part of such an inspiring group of musicians and artists, all of whom were working on new and innovative projects. It certainly gave me a boost to be part of it, as it’s been hard to keep my spirits up as a (usually working) musician these past two years. I was very encouraged by the response to The Wife of Michael Cleary.

During the post-film Q&A, the theme that kept surfacing was violence against women. This is possibly because it was so soon after the abduction and murder of Sarah Everard. I’ve always felt that my piece has contemporary resonance, but feel a renewed commitment to telling Bridget’s story in honour of all the women who experience male violence.

The other useful consequence of being part of Festival of New was the meetings afterwards with industry professionals. I had especially interesting feedback from Marc Tritschler (National Theatre), and Bruce O’Neill (Royal Shakespeare Company). Marc stressed the importance of recording the music and releasing it ahead of a production, in order to develop an audience. Bruce’s feedback focussed on the music, and on the importance of keeping my artistic voice clear as the project develops. What’s unique about the piece is its musical style, it’s use of folk music to tell its story. It’s crucial that I don’t let this be diluted as we move towards a production.

The two major developments since the Festival of New are that we have received grants from Arts Council England and the English Folk Dance and Song Society, enabling another workshop of the piece in August.

This August workshop (for research and development or ‘R&D’, as we call it) will feature a full cast of nine, for the first time, as well as a full band of six musicians. I’m very excited to have my music realised by nine voices and six musicians, and to finally have a musical director on board. So far, I’ve been composer, writer and musical director (all at the same time), so support in running the workshop and arranging the music for the band will be of huge value. It will allow me to step back and focus on being the composer-writer.

The band will consist of fiddles, bodhran, guitars, double bass and accordion/piano/harmonium. I’m hoping to get a harpist, if not for this workshop, then certainly for a production. It is such a specifically Irish sound, and I feel it would sit happily in Bridget’s Tipperary, while also hinting at the supernatural world of the fairies.

At this point in the process, it is very important that we involve Irish artists. I’m really pleased that half of the confirmed band are from Ireland and the rest have extensive experience playing Irish music here in the U.K. We are yet to cast the nine actor-singers, but are aiming for a full set of Irish performers. This is very important for the authenticity of the piece.

My heritage is Irish; I grew up steeped in traditional music, but I am one step removed myself as an English person. I think in some ways this is helpful, as the piece also explores British imperialism, and the ways in which the oppression of Ireland by England is mirrored by the oppression of women by men in the home.

When watching Spotlight recently -the film about the Catholic Church’s cover-up of abusive priests in Boston, USA- I was struck by the idea that sometimes it takes an outsider to see cultural patterns more clearly, particularly when those patterns are harmful. It’s crucial that the piece feels real and not like a piece of cultural tourism. It’s for this reason that I ran a workshop recently with the Lewisham Irish Centre (my local community) discussing superstitions (and fairies, in particular). It was wonderfully enriching, not least because we were treated to two songs at the end from one of the regulars.

Following the R&D in August, we will be bringing a performance to the Liverpool Irish Festival. It will be a concert of some of the music from the piece, as well as some of the traditional music that inspired it, performed by me and some of the band. The concert is entitled The Wife of Michael Cleary: a songbook.

I’d like to thank the Liverpool Irish Festival and Emma Smith for the continued support.

To find out more about Maz, use her stage name vulpes. Listen out for vulpes’s first single, Soho (released June 2021), taken from her forthcoming album (due for release Feb 2022). 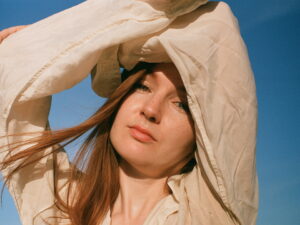 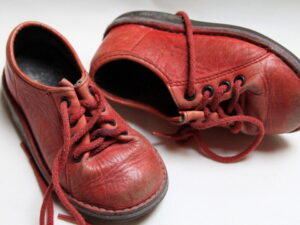 28 October 2021
This website uses cookies to improve your experience. We'll assume you're ok with this, but you can opt-out if you wish. Cookie SettingsAccept
Manage consent