About the history of the Liverpool Irish Festival

Liverpool is a vibrant and culturally rich city. Its cultural identity has developed over about 800 years with major inputs from our long established Black, Chinese, and Irish communities, producing an exceptional multi–cultural identity which is both national and international. 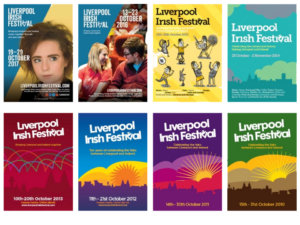 The idea was to create a permanent, annual, event to celebrate the Irish contribution to Liverpool’s cultural identity and heritage. The Festival would include performance, participation, entertainment and education in Irish traditions, music, literature, theatre, and art and reflect their significance in defining Liverpool as a great European city. The ambition was that the Festival would develop to take its place among the world’s leading arts and music festivals.

The Liverpool Culture Company and Arts Council helped fund the inaugural Festival, which was held over four days in October 2003. It produced over twenty, largely musical, events headlined by local singer/songwriter Anthony John Clarke and the traditional band, ‘Garva’, with Tom Paulin heading a strong line-up of poets.

A more substantial series of events was delivered over 10 days the following year, headlined by Christy Moore’s appearance at the Philharmonic Hall, which had now become a partner organisation.

By 2005 the Festival had grown to secure its status as one of the Liverpool Culture Company’s regularly funded organisations and it was able to recruit a part-time Festival manager for the first time. The late Dinesh Allirajah co-ordinated nearly sixty events that October with Christy Moore again returning to Liverpool to headline alongside such events as the National Theatre production of Brian Friel’s ‘Translations’ at the Everyman Theatre and the premiere of Pearse Elliott’s film, ‘The Mighty Celt’.

In 2006 the Festival delivered over sixty events over three weeks in October, including performances by Van Morrison, plays by Donal O’Kelly, and Jimmy McGovern in conversation with the BBC’s Roger Phillips at FACT. Since then, the Festival’s focus has been sharpened over a concentrated 10-day period each October with an emphasis on bold, creative programming, delivering something for everyone and enabling the participation of local people as users and providers of arts and cultural services.

The organisation can now draw upon a substantial mix of experience and expertise to support a broad range of activities. It delivers more than fifty events each year in an exciting eclectic programme, making them accessible and affordable to all visitors to the region and the community and now reaching an audience of c.10,000. The Liverpool Irish Festival‘s unique focus, now led by Emma Smith, keeps it on course to build on its successes and fulfil its lofty ambition from 2003 to become one of the world’s leading arts and music festivals.

John Chandler, Chair of the Board

About who are we and what can you expect?

The Liverpool Irish Festival brings Liverpool and Ireland closer together using arts and culture. We have developed a brand triangle to help us understand and communicate who we are, why we do what we do and what people can expect. It includes our mission, brand promises and key pledges. It sits at the heart of all we do. To see it, please use this link.

Where dates are ‘TBC’ it is likely the festival will fall to include the UK half-term holiday during the last part of the festival. As these have not been set by Governent yet, the dates remain TBC.

As well as COoL, Liverpool Irish Festival is a committee member of Connected Irish, Liverpool Festival City and the British Irish Trading Alliance. 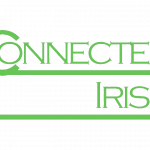