The Liverpool Irish Festival is a charity (registered number 04800736) and a registered company (1100126), constituted under Articles of Association. You can view further details via Companies House, here.

The Liverpool Irish Festival are led and supported by a Board of trustees, who volunteer their time, services and experience in pursuit of our Memorandum of Understanding and policies. We’re governed by a strong set of policies (reviewed annually). They have been consolidated in to one document, which can be found here.

The annual theme and programme; fundraising and artist liaison is handled by Artistic Director and CEO, Emma Smith (biography below). Emma can be reached using this link.

The funding environment has bever been harder than today. National agencies have to make gruelling decisions, under difficult conditions, with limited resources. We are extremely grateful for the support we have received from grant providers and especially thankful to those who have sustained funding throughout difficult times. Thank you and may the road ahead get easier! Funders we would like to thank include

* Culture and Arts Investment Programme funding is awarded to a number of Liverpool’s arts and culture organisations that activiely contribute to strategically driving the city plan agenda onwards. This involves adding value to their ‘triple-lock’ policy of ‘people, planet, equality’ and supporting making Liverpool “the most exciting city in the UK”. We are committed to providing improved social value, environmental concienciousness and increased life chances, using this funding.

Liverpool Irish Festival uses public funding to provide free and subsidised events. We are not a commercial Festival and -as a charity- have a public benefit mission. This affects the nature of our work and is refelected in our Artistic Policy, commissioning and programme ambitions.

We have also been fortunate to receive sponsorship from Tourism Ireland and media support from The Irish World.

John Chandler – Chair. Retired manager of Children and Family services. Experience in statutory, voluntary and private sectors, encompassing strategic and operational management, fundraising, creating and managing projects throughout the Northwest. Previously, a national consultant for the Department for Children Schools and Families on commissioning and developing services. Founded Liverpool Irish Festival in 2003. You can reach John using this link.

John Eustace (Treasurer) is a Wicklow native and first moved to Liverpool during its year as European Capital of Culture. Currently working as the Financial Controller for The food WAREHOUSE, part of the Iceland foods group, John has extensive international experience of strategic planning and adding value in fast changing business environments. He is also a member of the committee with the Liverpool Wolfe Tones GAA club.

Martin Bond is Cabinet Member for Finance & Governance at St Helens Metropolitan Borough Council and Branch Secretary of Unite (St Helens Central Branch). He is an immigration professional, providing advice on employment issues for Citizens Advice. Martin grew up in a small enclave of the diaspora between the two larger Irish communities in Manchester and Liverpool. Irish dance, music and GAA were all part of his upbringing, shared between the two cities and St Helens. He has a particular interest in the role that the diaspora played in the industrial and political history of Merseyside and South West Lancashire; especially the legacies of James Larkin, Stephen Walsh and James Sexton.

Gerry Diver is Strategy and Innovation Officer at the Institute of Irish Studies, University of Liverpool. With over 25-years’ project management and community development experience in the voluntary sector in Northern Ireland, Gerry was a board member of Culture Company 2013, delivering the inaugural UK City of Culture programme in Derry/ Londonderry. He is also a former board member of City of Derry Airport and prior Londonderry Harbour Commissioner. From 2001-2016 Gerry stood as an elected representative in Northern Ireland becoming Mayor of Derry (2008-2009) and latterly a member of the Northern Ireland Assembly (MLA). Since 2016 Gerry has worked in higher education at Liverpool John Moores University and, more recently, University of Liverpool. Gerry holds a BA Hons in Irish History and Politics (Ulster University) and a Masters (MRes) in Business from LYIT (2017). The latter examined the impact of student placements on academic performance, employability, emotional maturity, resilience, and wellbeing.

Professor Mary Hickman. Professor Emeritus of Irish Studies and Sociology at London Metropolitan University, Mary was Professorial Research Fellow, Centre for Irish Studies, at St Mary’s University, London between 2012-2016. Mary was pivotal in establishing the Irish Studies Centre at London Metropolitan University in 1988 and was Director for the Institute for the Study of European Transformations, at London Met 2002-2012. Mary’s research specialisms include Irish migration and diaspora. Her latest book is Women and Irish Diaspora Identities (edited with J. MacPherson, 2014). Mary has extensive experience of community involvement and of being a trustee, currently being a trustee of the London Irish Centre, a member of the Mayor of London’s Community Advisory Committee for the St Patrick’s Day Festival, and Chair of the campaign Votes for Irish Citizens Abroad (VICA).

Eamonn Lavin was born in Dublin. A graduate of University of Liverpool and the Open University, he  holds a BSC Hons and a BEng Hons. Eamonn is General Manager of The Philharmonic Dining Rooms’s team of 25, having been General Manager of O’Neills Liverpool for 23 years. Winning General Manager of the Year on several occasions, he has won numerous national and local awards, including a fact finding trip to the National Restaurant Exhibition in Chicago. Eamonn is a Trustee director on the Mitchell’s and Butlers pension board (£2.2bn in assets) and has a wide range of experience organising musical and standalone events; providing stage management through to wide-ranging food and hospitality experiences.

Siubhán Macauley has worked in the arts since moving from Co. Down to Liverpool to pursue a degree in Music, providing rich experience in events, marketing and fundraising. In the early stages of a career in the arts, Siubhán is a fundraiser, having worked as a ceannaire (leader) on Irish language courses in Machaire Rabhartaigh (Co. Donegal) for a number of years, she continues to learn and improve her Irish. A musician and amateur photographer, she loves partaking in the cultural life of Liverpool.

Siobhan Noble is a freelance theatre producer and marketer for creative and live events, with over a decade of experience in creating regional touring theatre. Siobhan’s love for the arts began as a member of the Liverpool Playhouse Youth Theatre. Her career highlights include running Liverpool’s (much missed) fringe venue The Lantern Theatre and working with Tmesis Theatre, TransCreative, Unity Theatre and the Everyman and Playhouse. Siobhan is a proud member of the Irish diaspora, with fond memories of childhood Saturdays spent -learning to Irish dance- in Liverpool’s Mount Pleasant Irish Centre.

Harry Doyle – Board observer. Deputy Mayor and Cabinet Member for Culture, Tourism and Events at Liverpool City Council, Harry is the political lead for all major events held by the city. Additionally, he is Labour & Co-operative Councillor for Knotty Ash and Director of Aspire Liverpool, raising the aspirations of Liverpool students as well as a qualified teacher and lover of cats.

Advisors to the Board

Greg Quiery. Retired education consultant and senior manager in the Liverpool Education service, Greg is a former head teacher and community development worker, who has served as a manager within the community and voluntary sector. Having been a lecturer, Greg developed a series of Liverpool Irish heritage walks, an Irish heritage trail for Museum of Liverpool and is Chair of the Liverpool Great Hunger Commemoration Committee.

Emma Smith – Artistic Director and CEO (freelance) – Emma began with the Festival in 2016 as Festival Manager and has worked through from there to Director and Artistic Director and CEO, changing with the Festival’s organisational restructuring. Using her cultural connections in the city, and an open approach to learning about diaspora communities, Emma has refocussed the Festival as an arts and culture festival, operating in 30+ venues across the city with upwards of 60 partners per year. She has organised over 50 events per year in that time (sometimes 75 in a year!) and led many more long-term programmes, including the revitalisation of the Liverpool Irish Famine Trail and the formation of the Cultural Connectedness Exchange Network.

The Festival role followed Emma’s Directorship of LOOK/15 for the Liverpool International Photography Festival and multiple posts at Bluecoat, culminating in Head of Creative Enterprise, as well as freelance work with many of the city’s cultural organisations. A Liverpool fine art and theatre graduate, Emma has over 20 years experience in the art, culture and events sector in the city and has contributed to successful funding bids totalling over £6m in her career. She is heavily involved in sector networks that include Creative Organisations of Liverpool, the Liverpool’s Festival Forum and Baobab Foundation.

*The Festival recently became a member of Baobab, a new foundation that seeks to do things differently by being led by the communities they intend to serve. 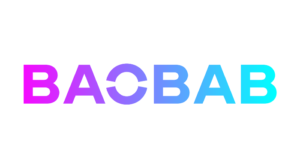 Following the #BlackLivesMatter demonstrations and the disproportionate deaths to Covid19, the Baobab Foundation was born with a desire to bring about real change to Black, ethnic minority people and other communities faced with racial injustice.

By bringing together and centering the voices of Black people and other communities facing racial injustice, we’re able to create an accountable, transparent, and collaborative body (The Baobab Foundation) that’ll be able to distribute funds to those often left out or excluded. If you’d be interested in learning more about Baobab here’s a one pager of how you can be involved and you can also sign up to become a member (free) here. 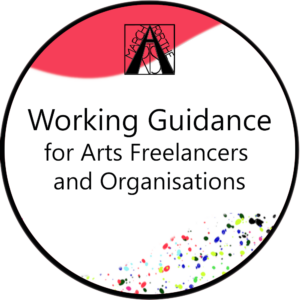 Liverpool Irish Festival signed its commitment to March for the Arts: Working Guidance for Arts Freelancers and Organisations, to which we anticipate being held accountable.

This is a best practice guide for contracting and paying for work in the arts.

You can read the Working Guidance here.