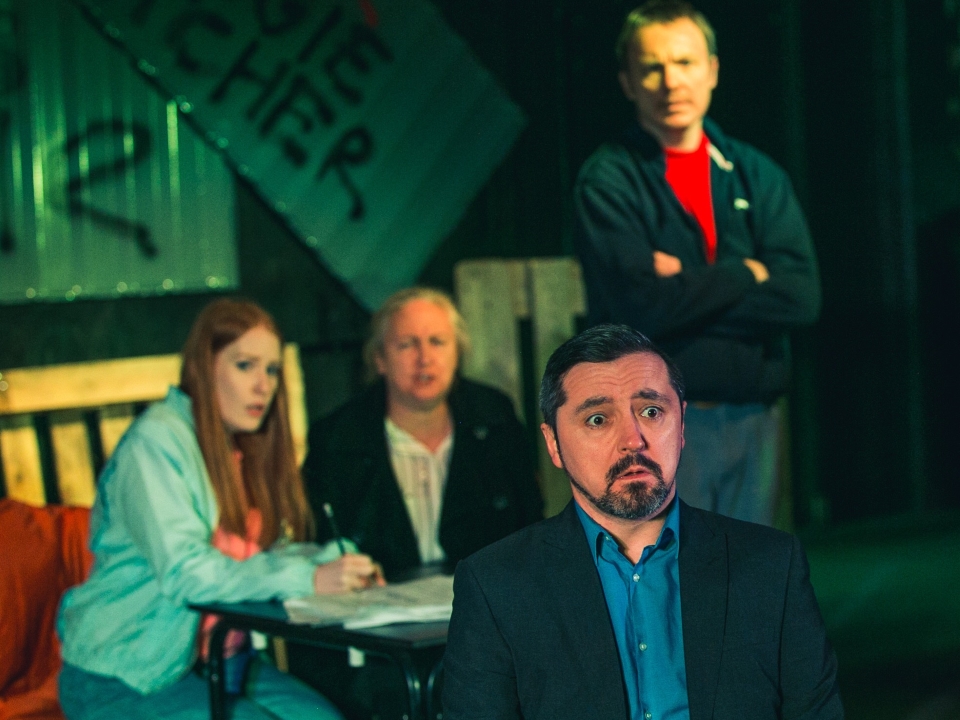 Following its festival success in 2014, Stephen Smith’s Committed is back in full force with Falling Doors Theatre.

Set in 1993 in a Catholic ghetto in Belfast, Dan McCrory (Republican ex-prisoner) has been sent to organise the people against a plague of petty crime. Where the police are not welcome, the “Concerned Resident’s Committee” become be judge and jury. However, as Dan finds – to his cost – justice must wield a double-edged sword. Playwright Stephen Smith is a published poet and was a political activist and teacher around the time of the troubles in Ireland.

Committed was written in Liverpool, following Smith’s experiences as a concerned Belfast resident, during the aftermath of the ceasefire. Directed by Sarah Van Parys, a LJMU and Young Everyman Playhouse Director’s Course graduate, this is a compelling and intense play, fraught with the difficulties of the Troubles @fallingdoorstheatre