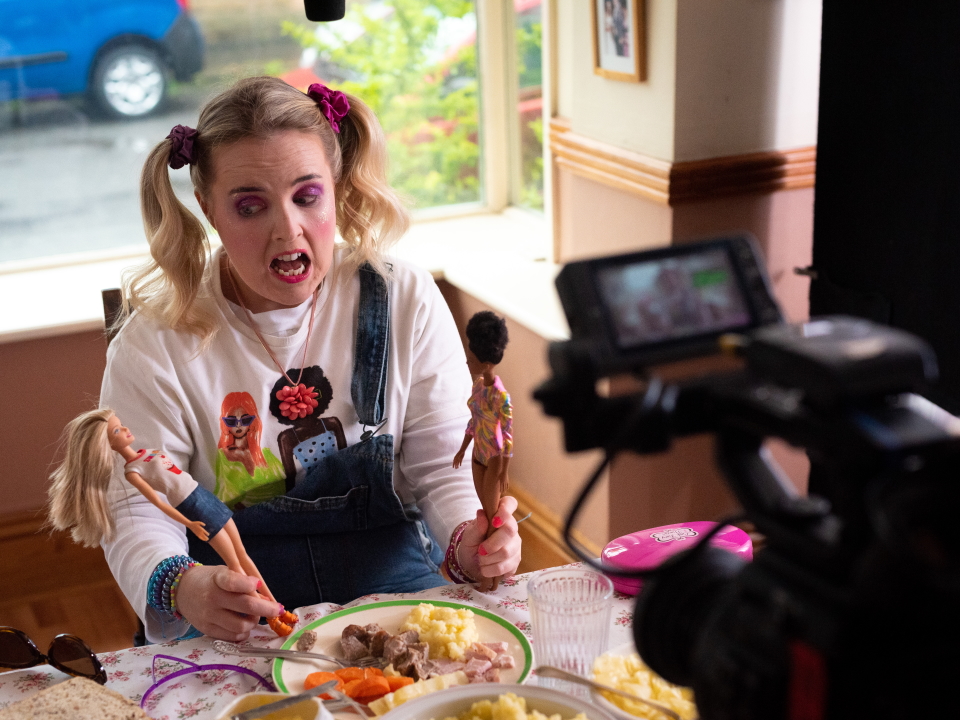 We are no longer able to air Cal’s full film, for licencing reasons, but you can see it, alongside others from the programme, here on iPlayer.

In this short film, comedy meets chaos as Saoirse’s Nanny learns of her new lifestyle choices. Watch the drama unfold as Saoirse is interrogated by her Nanny after refusing her Sunday roast sausages. Saoirse is a contemporary Irish Catholic teenager, showcasing the progressive youth and nature of Northern Ireland – ‘wrecking’ her Nannie’s nerves in the process.

As well as screening this film, spectators will meet its director, Cal Freeman, and lead actor, Chloe Muldoon, who are interviewed -exclusively for the Festival- by Mick Hannigan (Director IndieCork). You will hear how Cal was commissioned by New Creatives North, a filmmaker program funded by BBC Arts & Arts Council England, providing real industry insights for new makers.

Interested in modern Irish and Queer identity, and ‘reclaiming space’ for the north (at the centenary of the formation of Northern Ireland), Cal and Chloe provide a vantage in to the world of millennial filmmakers, all whilst having a merry giggle along the way.

After the premiere, it will be available to watch below.