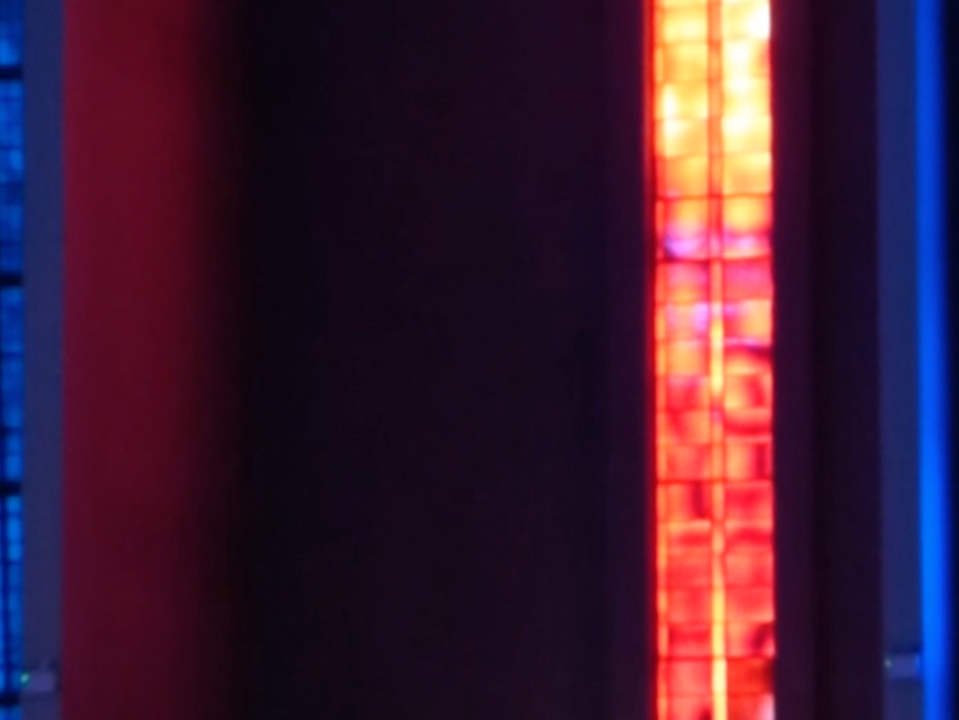 Directed by Rachel Garfield, The Struggle is a video trilogy consisting of three single channel films.

Each film reflects on the convergences and differences between peoples’ views in the late twentieth and early twenty-first century.  Looking at politics (The Straggle, 2012, 20 mins), the military (Opening Up, 2015, 11 mins) and religion (Glimpse, 2020, 15 mins), the films ask ‘what do we leave behind and what do we take forward in our lives?’.

Glimpse is the chief reason that Rachel made contact with us. As the final film in the trilogy, Glimpse is concerned with the relationship between religion -in this case Catholicism- and the individual. Liverpool’s Catholic tradition, closely associated with its relationship to Irish immigration (more here), is contextualised against the history of Catholicism in England. What are the legacies of that history in how people think about their relationship to Catholicism and Liverpool today?

Rachel’s primary interests focus on the complexities of peoples’ lived relationship with the world. To their ideals and to countering the simplistic understanding of attachments to place, history and community. The films take on aspects of society to think about the relationship between the individual, their context and wider society as an intergenerational conversation. Additionally, they investigate context and and community as an intergenerational conversation.

To access each of the films, please return to this page during the course of the Festival (from 10am Thurs 21-midnight Sun 31 Oct), where they will be operational during the Festival period. We recommend expanding the film frame to full screen, to maximise your enjoyment and to witness Rachel’s art at its richest. We are grateful to Rachel for sharing her work with the Festival.

The Struggle is commissioned by Beaconsfield Gallery Vauxhall (London).

The Straggle (Part I)

Watcher notice: There are no overt or photographic images of acts of violence in this film, but there are sounds of gunfire and high pitched ringing, which some *may* find disturbing.