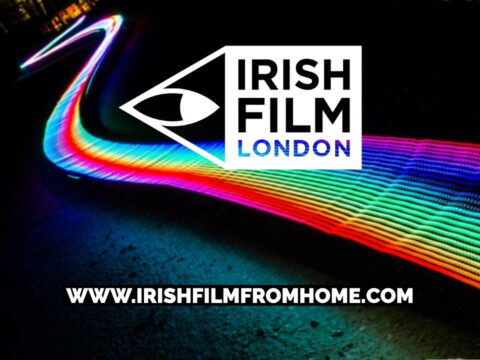 As the COVID-19 pandemic continues to push many film festivals to cancel or move temporarily online, Irish Film London (IFL) has chosen a unique direction for autumn 2020.

The not-for-profit Irish film organisation, based in London, has already proved that it can adapt to online environments. Their St. Patrick’s Film Festival in March was rolled out online within a few days of their planned three-day event being cancelled due to the sudden lockdown in the UK.

From that, Irish Film From Home (IFFH – www.irishfilmfromhome.com), was born. IFFH is the only dedicated online platform for Irish film, TV and animation in the UK with a regular feed of Irish films, talks and film-related resources. So far, over 40 Irish films have been featured on IFFH.

IFL have decided to extend this dynamic online facility for the foreseeable future, as well as remaining in the role of supporting the releases of Irish films in UK cinemas and at major film festivals in the UK.

In addition, IFL is launching a podcast series inspired by the latest and greatest Irish film, TV and animation. It includes recordings of live Q&As and interviews from their festivals and awards ceremonies, in addition to a host of brand-new interviews.

The podcast series will not only keep listeners up to date with insights into the latest UK releases of Irish content, it will also take a look at the future of the industry, with a segment on up and coming filmmakers and actors. IFL will explore the commercial challenges and success of Irish film, TV and animation as well as its wider cultural and social significance.

IFL Founder and Programmer, Kelly O’Connor said, “I can’t wait to share the extraordinary podcasts we’ve recorded with some of our great film friends and heroes. And to bring even more exciting films to our online platform, Irish Film From Home”.

IFL was due to celebrate its 10th Anniversary Festival and Awards in London this autumn with a bold showcase, befitting its ten years of championing Irish film, TV and animation. These will be postponed in order to preserve that official milestone, until November 2021, when the festival experience can match the atmosphere and intimacy that audiences and filmmakers have come to expect from their festival events. They will continue, COVID-19 permitting, with their female-focused film festival for Lá Fhéile Bríde in February 2021, and the St. Patrick’s Day Film Festival in March 2021.

O’Connor said, “Next year we look forward to once again filling the beautiful ballroom at the Irish Embassy for our awards ceremony, welcoming bustling live audiences to sold out cinema screenings and bringing Irish actors and filmmakers onto cinema stages for lively discussions. Not to mention hosting our well-known networking and socialising events, where so many professional and personal connections are made!”.

Now is a great time to start following IFL, to participate in IFFH (www.irishfilmfromhome.com) and to join them on the next exciting leg of their journey.

This is a paid for advertisement.

Lockdown Lights: The Simmy
The Boyhood Deeds of Cú Chulainn