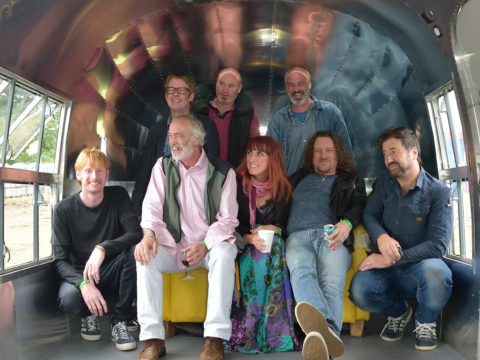 Celebrating their 30th year in 2018, one of Ireland’s biggest acts, Kíla, play their only Autumn UK event at Liverpool Irish Festival.

“One of the most beautifully euphoric live experiences” BBC World Review

“Softly spoken off stage and complete lunatics on it, Kíla have torn up the rulebook with their wantonly eclectic mix of styles, Brilliant!” Hot Press

Kíla are widely renowned for their live energetic performances and have played in over 30 countries in North America, Asia, Australia, Africa and Europe, notable festivals include The Montreux Jazz Festival, WOMAD worldwide, the Sziget Festival and closer to home Glastonbury and the Electric Picnic. Last year the band closed the Cambridge Folk Festival on their main stage. Kíla have also had the privilege of playing the Opening Ceremony of the Special Olympics, Dublin and Possibilities, the event that welcomed the Dalai Lama to Ireland. Alive – Beo, Kíla’s third live album and first on vinyl was released in 2017, and to promote it, they performed over sixty concerts.

Having collaborated with renowned artists including U2, The Dubliners, Shane MacGowan, Sinead O’Connor, Glen Hansard, The Corrs, Christy Moore, Damien Dempsey and a host of other artists, Kíla have worked extensively in TV and film, most notably on the soundtracks for animations The Secret of Kells (screened at #LIF2015) and Song of the Sea.

Kíla were formed in Dublin Gaelic secondary school Coláiste Eoin in 1988. Their unique and ever evolving sound, while rooted in tradition, is inspired by a myriad of musical influences worldwide. Kíla‘s eight members stem from the differing musical backgrounds, including Irish traditional, classical, folk and rock.

All the wonderful, shamanistic energy of the amazing Kíla'” NEIL JORDAN

Whatever it is… this is it. Kíla are right there at the cusp of it… Somehow you get the feeling they lit the fuse for the big bang.” BONO