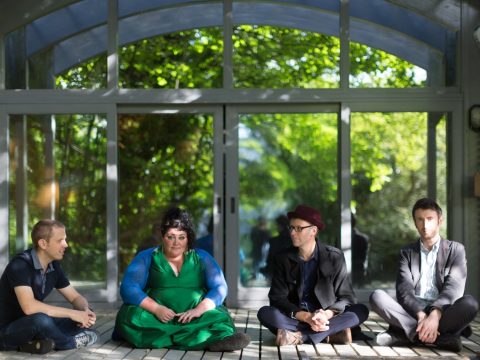 Liverpool Irish Festival returns for its 15th year this October.

Liverpool Irish Festival returns for its 15th year asking, “what does it mean to be Irish?” 2017 is a significant year for Irish culture and identity. With the potential impact of new Irish citizens applying for passports; a review of Ireland’s Global Diaspora and referendum policies plus the election of Taoiseach Leo Varadkar, a growing conversation on the future of the island of Ireland and its relationship between “traditional values” and 21st century liberalism is surfacing. In its role as the largest festival of Irish arts and culture in the UK.

Liverpool Irish Festival is well placed to invite artists, academics and the public to explore these conversations and how the relationships between Ireland, Liverpool and the wider UK will develop at this critical juncture.

Highlights of the 2017 festival include: 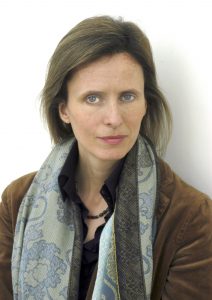 Orla Guerin will give a lecture at this year’s festival

**BBC War Correspondent Orla Guerin reflects on a frontline career a broadcast journalist, experiencing some of the most unsettled war zones in the world. Orla’s lecture launches a new festival strand In:Visible Women, which explores some of the ‘forgotten women’ from Liverpudlian and Irish history, as well as contemporary issues facing women. This precedes a night of music from Liverpool and/or Irish female performers, including folk musician, Liverpool resident and Comhaltas player, Emma Lusby (Limavady, Co Londonderry); vocalist and composer Sue Rynhart and singer Ailbhe Reddy (both Dublin).

**Full performances of the play ‘Committed’. Having first appeared as a script-reading at Liverpool Irish Festival 2014 it returns after a successful run. Written by Stephen Smith (Belfast), the play is set in 1990s Belfast, against the backdrop of the peace process and continuing aggression and violence within communities.

**‘The Lily and the Poppy’, a strand of work (and name given to the festival’s partnership with the Institute of Irish Studies, University of Liverpool) first launched in 2016, returns with a talk exploring reconciliation, particularly within Ireland.

**A new Liverpool Irish history book by Greg Quiery (musician, walking tour-guide, writer and Liverpool Irish Festival Board member) launches at the festival, offering a definitive examination of the indelible historic and cultural bonds between Irish communities and “East Dublin”, as Liverpool is often known. The launch is sponsored by, and will take place at the, Institute of Irish Studies. 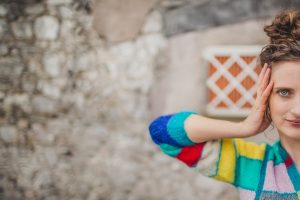 “Over the past 15 years the Liverpool Irish Festival has worked towards becoming the only arts and culture led Irish festival in the UK. Our consideration of contemporary arts practice, Irish culture and some of the more traditional elements of Ireland’s creative expression, permit us to engage in both current and historic stories that tie Liverpool and Ireland together. Because we have created and programmed a multidisciplinary festival, we offer the opportunity of hearing from a range of voices, providing the chance to hear these stories through written form, voice, music, song, dance, art, and performance. There are opportunities to speak with the artists, watch their work from a distance or engage directly. This leads audiences to a rich variety of events, practices and spaces. We have more exciting projects to announce for this year’s festival and we think it’ll be our most diverse and exciting yet!”

The full programme will be online to book tickets at www.liverpoolirishfestival.com from Mon 11 Sept 2017

The most diverse celebration of Irish culture in the UK, Liverpool Irish Festival began in 2003. Established to celebrate cultural connections between Liverpool and Ireland, bringing the two communities closer together through arts and culture, the festival has grown into a ten day festival of music, art, performance, culture, food, drink and film. Key artists to have performed at the festival include: Roisin O, Ciaran Lavery, Fearghus O’Conchuir, Terri Hooley, Ailís Ni Rhian, Lisa Hannigan and Dennis Connolly and Anne Cleary (2015’s Meta Perceptual Helmets). Liverpool Irish Festival works with partners across the city and Ireland including the Liverpool Irish Centre, Irish in Britain, Connected Irish, NML, Liverpool Philharmonic, the Unity, the Capstone and the Irish Embassy along with other social spaces such as The Caledonia, Kelly’s Dispensary and The Edinburgh.

The Liverpool Irish Festival is supported with Cultural Investment funding from Liverpool City Council, for which it is greatly indebted.