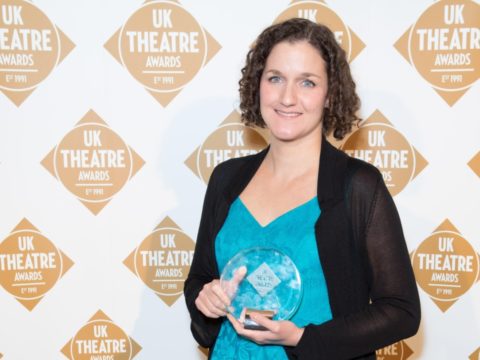 To Have to Shoot Irishmen, a play written by Lizzie Nunnery -and produced by her company Almanac Arts– will feature as part of #LIF2018.

It will be the fourth siginificant piece of Lizzie’s work that LIF has shown in 10 years. So where did it all begin, where might it go and what has changed? We asked Lizzie (LN) to reflect on her friendship with us and what she thought about it all…

Over the past decade, Liverpool Irish Festival has been a good friend to me. An inspiring and supportive friend… but also a challenging one… The kind of friend that walks you to the edge of a cliff and says ‘jump’, but then gently reminds you that you’re wearing a parachute.

In 2008, the year of Capital of Culture, I was an enthusiastic and wide-eyed playwright and songwriter, fresh from my first production at the Liverpool Everyman. The play was called Intemperance, about an impoverished Liverpool Irish family and set in 1854 and had drawn the attention of then Festival Manager, Jake Roney. He met me in the charming noise of the old Everyman Bistro. With characteristic directness he asked me if I’d like to be Artistic Director of a multi-disciplinary arts event in the Concert Room at St Georges Hall.

I’d never been Artistic Director of anything in my life, but that didn’t seem to bother him. He wanted me to curate a night of dance, drama and live music about the links between Liverpool’s black and Irish community. His working title – taken from signs that used to hang outside pubs and boarding houses as late at the 1960s – was No Blacks, No Dogs, No Irish. I was probably a little bit flattered, and a little bit naive, but mostly I was excited by the possibilities. So, over a couple of pints of Guinness(TM), the deal was struck.

What followed was a very intense few months – on a punishing learning curve – bringing together a group of ground breaking artists from disparate backgrounds; creating conditions for them to collaborate, shaping a night that would hit the audience in the head and the heart. So many moments from the night still burn in my mind. It wasn’t slick and it wasn’t polished, but it was full of feeling and ideas. Liverpool singer songwriter Ogo slayed the crowd with a rendition of a heartbreaking original song. Actress Ashing Leyne delivered a fierce performance of a new short play about the racist murder of black sailor Charles Wootton in Liverpool in 1919. Dancers Ithalia Forel and Maria Malone from Movema UK combined traditional Brazilian and Irish dance into a new piece of choreography performed to a soundtrack of percussion and spoken word. It was astounding how eclectic and yet cohesive it all felt. I remember sitting in the audience feeling breathless as I watched the dance piece. When the dancers stopped moving the room kept on spinning around them. So much felt suddenly possible as an artist in Liverpool in 2008 and Liverpool Irish Festival had truly invited me to the party. 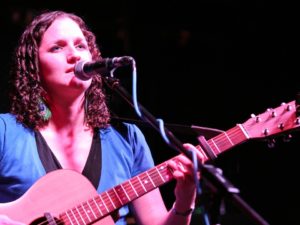 My friendship with the festival stayed strong over the years as an audience member. Each year I’d particularly look forward to the pub sessions and intimate unusual folk gigs. I loved how the festival reached in to the back snugs and social centres of the city as well as setting up camp in the shiny big spaces like FACT or the Philharmonic Hall.

Speaking of which… in 2010 came the second time LIF set me a frightening and wonderful challenge. The Irish Sea Sessions – thought up by then Artistic Director of the Philharmonic Hall, Simon Glinn, was part loose and lively session, part large scale gig. His plan was to bring together a big group of folk artists from both sides of the Irish sea; fifteen singers, guitarists, percussionists, pipe players, songwriters… All were to collaborate in a celebration of their shared musical culture and create a great big smasher of a gig. That I was one of those fifteen came as something of a shock. It was the kind of email I had to read and re-read. The list of other performers was formidable. Not only were there world-renowned players amongst them, but also the phenomenal ballad singer Niamh Parsons and Damien Dempsey, whose debut album I’d dissected endlessly through headphones as a student.

And I was going to rehearse with them; swap tunes with them; stand amongst them. No space for shyness. There was nothing for it but to step up to the challenge. It was one of the most tiring, exhilarating and educational weeks of my working life. By the end of it I was standing on stage at The Phil, leading a rendition of The Leaving of Liverpool, feeling as though I was flying; perhaps flying by the seat of my pants, but flying all the same. In a nice link, the original solo song I chose to perform was England Loves a Poor Boy, written for that St Georges Hall show back in 2008. When in 2012, I was asked to perform in the Irish Sea Sessions for a 2nd time there was a lovely sense of coming home; being welcomed back in.

And now in 2018 I stand poised to take another leap, with LIF there once again giving me that vital nudge. Having worked on my play with songs To Have to Shoot Irishmen for around a decade, it will be produced by Almanac Arts in association with LIF this autumn. The show opens in London (2 Oct) before coming to the Liverpool Everyman (26-27 Oct), just in time to join the fun of the festival.

Inspired by the true murder of Irish pacifist Francis Sheehy Skeffington by a British soldier during the Easter Rising in Dublin in 1916, the new play explores fractured national identity and the chaotic legacy of British military intervention. It’s a story that bridges the Irish Sea. It’s a show that draws together song, drama, storytelling; that asks important questions and doesn’t flinch. What better home for it than Liverpool Irish Festival? 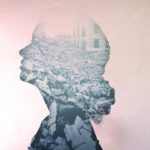