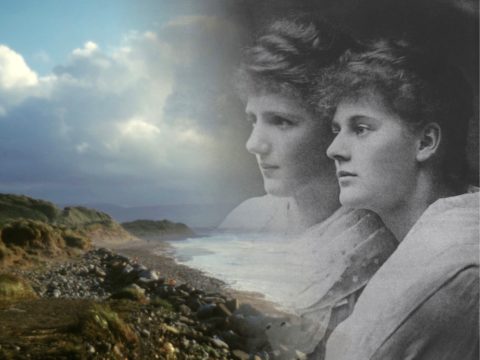 During #LIF2018 Liverpool Hope University Associate Professor Sonja Tiernan presented a brilliantly received talk at the International Slavery Museum about the life and activism of Countess Markievicz, one of the better-understood Irish suffragists, though still widely unrecognised in Great Britain today. This year, Lynx Theatre and Poetry widens the story about her and her life with Rebels and Friends, a play examining the relationship between her and her sister Eva, the play celebrates these two women, their activism, loyalty and passion. Artistic Director, William Anderson, tells us more…

In 1918, the first woman elected to the British parliament was in prison on a trumped-up charge. Following a year of centenary celebrations of (some) women ‘getting the vote’, too few people know about her election. Her name was Constance Markievicz, and Lynx Theatre and Poetry is bringing her unique story to this year’s Liverpool Irish Festival in a new production of the ‘stunning and evocative’ play Rebels and Friends.

The play tells how Constance and her sister Eva, born into the wealthy Gore-Booth family in Sligo, and described by W.B Yeats as ‘Two girls in silk kimonos, both beautiful’, rejected the conventions of their class, and dedicated themselves to working people and Irish independence. The play’s author, Jacqueline Mulhallen said: ‘These were active women, not Lady Bountifuls.

‘Constance was an artist who married a Polish count, but she also ran a soup kitchen in the Dublin lockout and carried sacks of coal up flights of stairs for the needy. In 1916 she was one of the leaders of the Easter Rising and she became Labour Minister in the (illegal) Irish Dail.

‘Eva was a poet and pacifist, defending conscientious objectors in WW1. With her lifelong partner Esther Roper, she campaigned in northwest England for trade union rights, education and the vote for working women. These are women who should never be forgotten.’

A reviewer in Cork (where Lynx had to put in extra seating for the original production) said ‘Rebels and Friends has a documentary sweep … which lifts it above mere theatre and unfolds history in quite the most absorbing fashion’, and audiences agreed. Peter Burman, a former director of National Trust Scotland said ‘I was so totally gripped by it that I’d totally forgotten where I was’.

For me, these extraordinary lives, need an extraordinary production to realise them. In addition to the two performers there is a continuous backdrop of some 600 images: archive photographs, Eva and Constance’s rarely seen paintings and drawings and specially commissioned photographs of Ireland, England and Italy. There is poetry, rebel songs, traditional Irish harp and fiddle music and dance. Our new production is choreographed by Siân Williams, who founded The Kosh dance company. Siân is currently Master of Dance at the Globe Theatre (London), and was choreographer for the BBC’s acclaimed Wolf Hall.

Mulhallen also wrote a highly successful one-woman play about Sylvia Pankhurst, Sylvia, which was revived a couple of years ago, and has been touring the northwest. ‘It was while I was writing Sylvia that I found out that Eva had inspired Christabel Pankhurst to found the Women’s Social and Political Union (WSPU). Despite having an Irish father, I did not know about these sisters, and so the play was an exploration of my own history as well as theirs. In addition, because of the complexity of British-Irish relations, I did not want to interpret the past and their roles, but to bring them to life using their own words and documentary evidence alone’.

Her effectiveness navigating the challenge is shown by the packed houses the play drew in England and Ireland. Between 1989 and 1992 it toured from Honiton to Hexham in England (including The Flying Picket Theatre in Liverpool), and three times around Ireland, including Northern Ireland in 1990. That year it was also the first play on an Irish theme performed in Birmingham since the bombings of 1974. When it played in Dublin in 1991, Lynx’s staff were drawn from all quarters of the dispute over Ireland.

Thirty years after it was first staged, this new production of Rebels and Friends has attracted cross-border support with funding from both Arts Council England and the Irish Government’s Emigrant Support Programme, as well as from Unite the Union. After all, with Brexit, it may be a good time to remind people of the problems which underlay the Troubles and the Good Friday peace agreement.

Rebels and Friends is still ground-breaking for the richness of its style and for its balance in capturing the political and the personal in the lives of Constance and Eva. Its revival offers a new generation a chance to experience the power of their unique story creatively, as told by Lynx Theatre and Poetry, and to learn more about two women of historical importance who seem to be becoming invisible. After the two performances in Liverpool, the play will continue touring the northwest and then up to Newcastle and down to London. Details are available at lynxtheatreandpoetry.org/performances

Buy your tickets for Rebels and Friends here. It’s on 25/26 October.