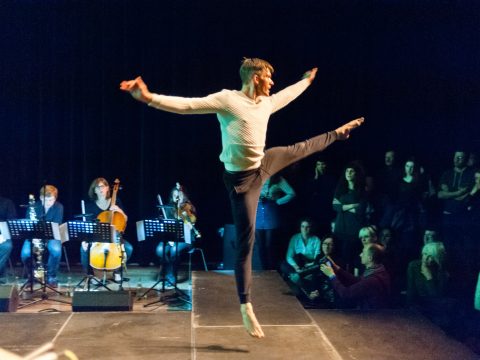 The tradition of Irish theatre and playwriting is a strong element of the island’s culture. Indeed, Irish theatre has made a disproportionate contribution to English drama. A generation of writers such as Oscar Wilde, W.B. Yeats, James Joyce and the formation of the Abbey Theatre galvanised Irish theatre and storytelling. In Liverpool, too, the power and strength of independent theatre, homegrown writers and venues – from the Everyman Playhouse, Hope Street Limited and Unity Theatre – all championing emerging talent. Liverpool Irish Festival continues this, providing a platform for new works and new talents, using the traditional format of one act plays through to visual spectacle and multimedia stages telling nostalgic tales.

The ‘Performance and Poetry’ programme at Liverpool Irish Festival includes;

Three Plays: Riders to the Sea, The Shadow of the Glen and Purgatory at the Treasure House Theatre at the World Museum explores the theme of the undead and how the Irish peasantry’s relationship between the living and the dead has been full of mysticism and myth. Originally performed as a trinity of plays by the RSC, Alsop Drama take the three one act plays, by John Millington Synge and William Butler Yeats to consider rural life in Ireland in the early twentieth century, and how superstition and folklore influenced relationships with the spirits, the living and past.

Liverpool Lambs, an original production written by Steve Nolan and Peter King (descendent of the King Brothers, volunteers who travelled from Liverpool to Ireland for the Easter Rising), who retell the little known story of the Liverpool men and women who played a role in the Uprising. Performed at the Unity Theatre this spring, Northern Soul described it as “accurate and evocative”, telling a story many have forgotten.

A new production written and directed by three emerging Liverpool Irish artists is to be staged at Invisible Wind Factory as part of Liverpool Irish Festival. Telling the story of a women’s commune in 1914, touching on revolution and suffrage, Scadàn is accompanied by live music, imagery and old Celtic stories creating an immersive and mesmeric performance. Written by Lauren O’Hara and Connor Kelly (both young writers from Derry-Londonderry and living in Liverpool) the production is directed by Roisin Fletcher, who lives in Liverpool with family hailing from Co. Donegal. Scadàn tells the story of Muireann, who leaves the island of Tory en route to America. At a women’s commune she meets four other women, one of whom is a Liverpool suffragette. Delving into the Irish politics of 1914, the suffrage movement in England and Ireland, audiences journey with Muireann – leaving Tory, exploring the feelings actions and emotions that continue to inform politics today, locally and globally. Like all good theatre, it provokes us to think: should we take action, should we educate? Do we have to get involved? What does involvement even mean?

A tale of revolution – Scadàn
Contextualising the Irish hunger strikes