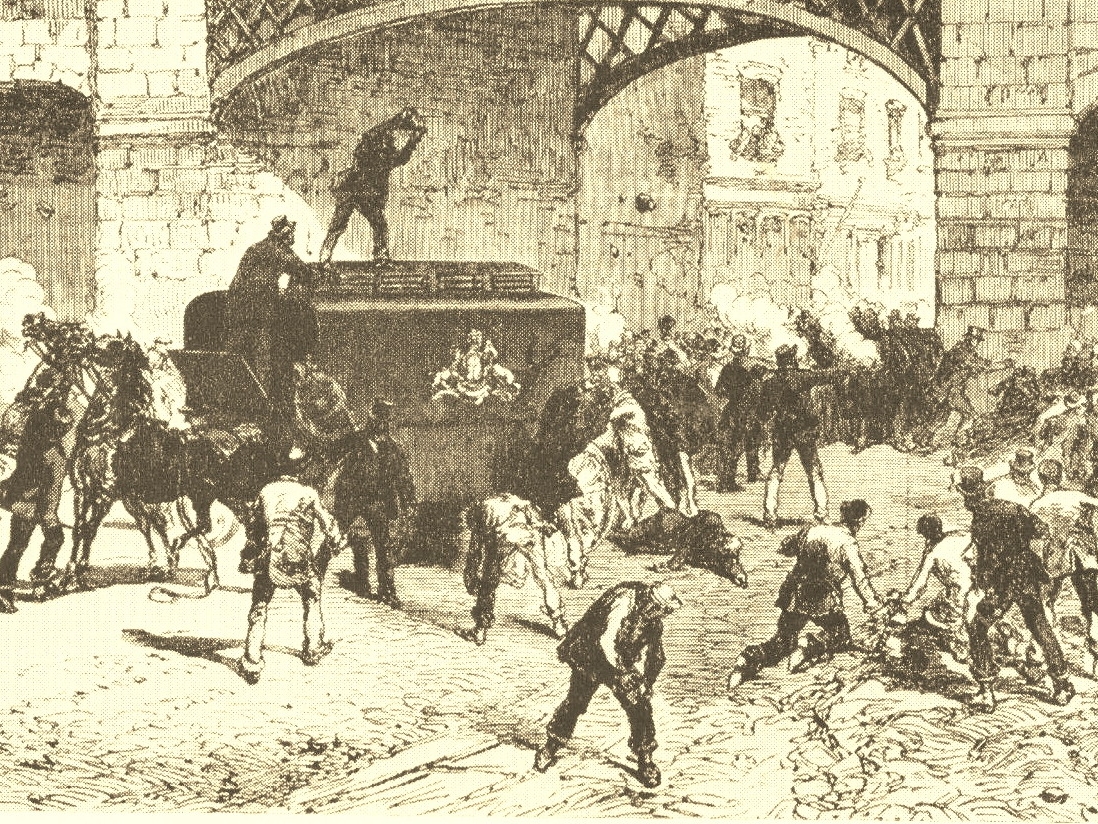 Edward Brett and his Irish wife, Eliza are struggling to make a living from their small shop. Edward’s brother, a popular policeman, is shot dead during the rescue of two Irish Republican prisoners in Manchester. A huge upsurge of anti-Irish feeling sweeps the country and three Irishmen are publicly hanged. Edward and Eliza struggle to cope with their personal loss, their loyalty to each other and their different cultural backgrounds.

Written to coincide with the 150th anniversary of real events, the play explores dilemmas that are still very relevant today. Written by Eileen Murphy, directed by Chris Honer and performed by Straightforward Theatre. @sftheatre