From Here To There is a one night collaborative eﬀort, featuring musical acts from both sides of the Irish Sea.

During the Festival’s 2020 online incarnation, Cork City based company, Unemployable Promotions compiled an online showcase of their roster, entitled From Here, featuring live performances from the city’s iconic venue, Coughlans. We organised for the Cork company to team up with well-known Liverpool based promoters and label, Mellowtone. The two shared each other’s events, with a view to continuing to work together in 2021.

This year the two promoters will work together, IRL (‘in real life’!), here in Liverpool’s District. Featuring performances from two great Cork City based acts, Sara Ryan and Míde Houlihan (along with their bands), as well as from local favourites, Karen Turley and Seafoam Green from the Mellowtone roster.

The event is the second in what promises to create an ongoing relationship between Unemployable Promotions and Liverpool Irish Festival, bringing a taste of Cork City’s thriving original music scene, and showcasing its acts alongside some of the best local artists, in a way that compliments both.

“There’s a great connection between Cork and Liverpool, and actually a lot similarities that you’ll find in the people” says Unemployable co-owner, Michael Grace. “We started coming to Liverpool years ago, originally following our football loyalties, and ended up making some friends, and falling in love with the city. A huge part of that was the music. We’re delighted to have the chance to showcase some of our acts at the Festival and we’re really looking forward to collaborating with Mellowtone again, who have been so great since we were first introduced”.

This event is held in partnership with Unemployable Promotions, Mellowtone and District.

Míde Houlihan (pictured left) is a West Cork bred singer-songwriter, whose folk-pop compositions have received national notice and acclaim over the last number of years. In 2015 Míde won the IMRO Songwriting Award, and released her debut album: Coloured In. Having put herself on the map with extensive touring, Míde followed up with her next EP: Shifting Gears (2019). Songs from both releases played regularly on Ireland’s national radio earning Míde support slots with John Spillane, Bill Shanley and Mick Flannery, who she would go on to co-write with, releasing their collaboration, Idle Words (2020). On performing live, Míde is a regular on the festival scene, appearing at Clonakilty International Guitar Festival, Quiet Lights (Cork), Glór (Ennis), Ireland Music Week (Dublin), Women’s Work (Belfast) and many more. Míde and her band recently recorded her forthcoming EP Trampoline, set for release in October.

Sara Ryan (lead image) is a Kildare-born Cork-based singer-songwriter, who has been a regular stand out act in the Irish scene since winning Best New Artist Award at the Irish Folk Awards (2017). Her debut album, Breathe featured a number of singles included in RTE’s Recommended List. Sara’s distinctive voice and blend of folk, pop and soul results in a signature sound that is at the heart of her well-deserved success. After regular touring in Ireland and Germany, Sara signed a publishing deal with Atlantic Songs (London/Cork) and is currently writing and recording new music. Appearances at Doolin Folk Festival, Women’s Work, The Last Broadcast and others have established Sara as a powerhouse in the live music world, where she continues to make waves.

Karen Turley (pictured left) is a Singer-Songwriter from Ireland based in Liverpool. In the past she has performed in The Bluebird Cafe in Nashville and is influenced by the likes of Dolly Parton and Brandi Carlile. She is currently gearing up to release her first full length studio album with her Country, Folk-Rock trio, ‘Motel Sundown’.

Seafoam Green (image below) are Irish songwriting duo Dave O’Grady and Muireann McDermott Long. The pair specialise in what we now call Americana. If you want blues, gospel, and folk, they’ve got it, but what they’ve actually perfected across two albums and countless live shows is the sound of a glorious rock n’ soul revival.  Seafoam Greeneven find room for a dash of Dublinese, just to remind people where they’re coming from. Heavy hitters like Rich Robinson, Derek Trucks, and Tyler Greenwell have all chipped in, and it’s not hard to hear why, for this is thrilling, vital, and – that word again – soulful music.” Pat Carty, HotPress Magazine. 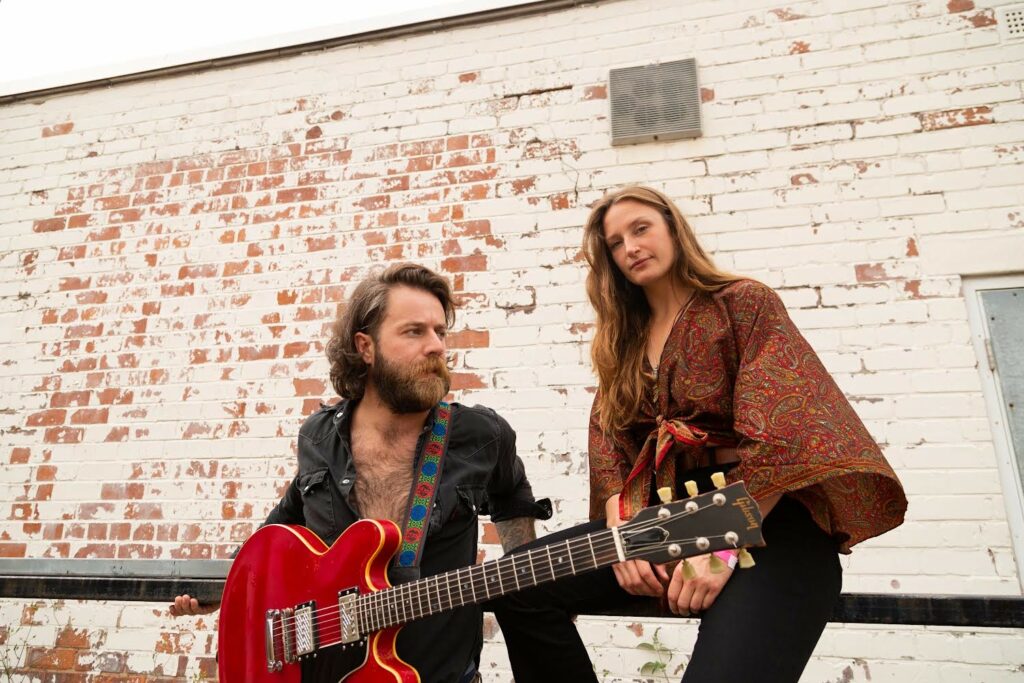 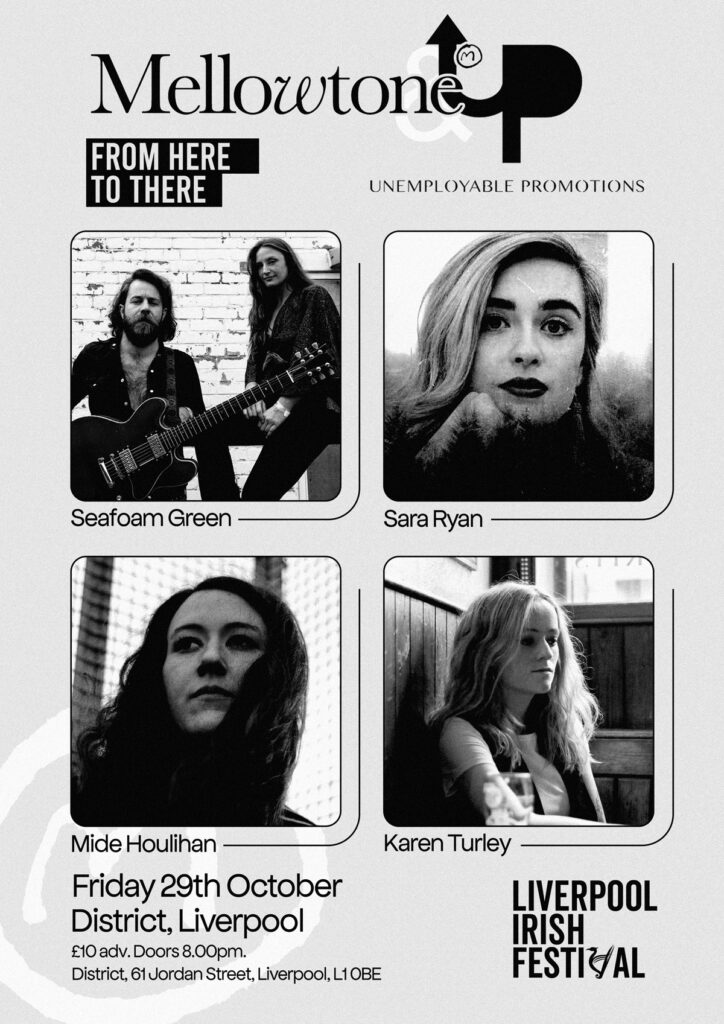