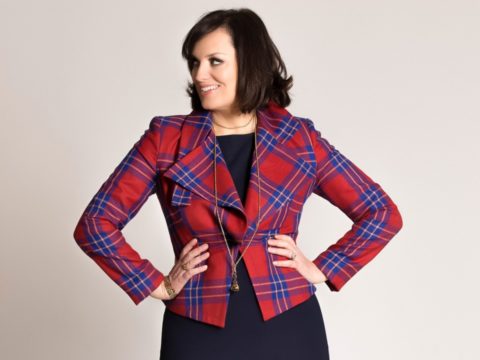 Say My Name is the movie written by Guilty Feminist host Deborah Frances-White. It was filmed in Wales by Jay Stern and produced by Lisa Brenner for Electric Entertainment last year and has been selected for inclusion by the prestigious Cardiff Film Festival where it is competing in the Welsh Feature Film category.

Deborah will be attending the screening on Saturday 20 October at 11:30am and will be participating in a Q and A after the screening alongside the film’s star and producer Lisa Brenner.

Very sadly, this means that Deborah will not be able to host the planned Guilty Feminist recording due to take place in Liverpool as part of the Liverpool Irish Festival at 2:00pm on the same day. Despite her phenomenal abilities, she has been unable to master the art of being in two places at once.

But the audience in Liverpool need not be too disappointed. Deborah has arranged two hugely popular regular co-hosts to take the reins for her – Ireland’s Alison Spittle (“such a good-spirited nature that it’s nothing short of infectious”) and from Texas Kemah Bob (“filled with such confidence and overwhelming power”). They will be presenting a Guilty Feminist episode with all of the heart, humour and thought-provoking issues that you have come to expect. We know the audience will give them all their feminist support as well as supporting Deborah in her first feature film.

THE GUILTY FEMINIST AT THE LIVERPOOL IRISH FESTIVAL