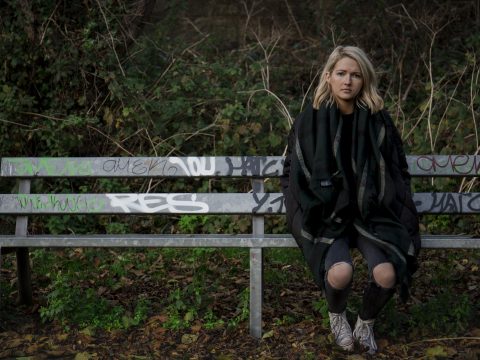 A new strand at Liverpool Irish Festival gives a platform to the voice of women in art, academia, political debate and history. Exploring the issues women face in the UK and Ireland, both historically and in contemporary society, the strand will see key events focusing on different discussions and encouraging the audience to reflect on the challenges women face. It is an important moment for women politically and culturally, in the UK and Ireland, with continued discussion on visibility, gaze, political and sexual rights, including abortion. With 11 women per day travelling from Ireland to England for abortions, some in Liverpool, this an opportunity to join the discussion. In the first year of In:Visible Women, the key events include:

History can, too often, reflect on men and their stories. In:Visible Women begins with case studies of Liverpool Irish women from history, exploring their role and society. In the afternoon, the discussion shifts to political debate including the campaign to Repeal the 8th, abortion legislation, marriage, faith and gender equality.

A full day’s schedule will be available. Artists Casey Orr and Alison Little will take part.

An evening of exceptional female talent from Liverpool and Ireland. Four acts celebrate contemporary music and the women making it. With modern takes on traditional songs, self-penned tracks and exceptional instrumental talent, the night is hosted by Gerry Ffrench, a popular local radio star and touring musical artist in her own right. The line-up includes sets increasing in length from Emma Lusby (Limavady, Co Londonderry), Mamatung (Liverpool), Sue Rynhart and Ailbhe Reddy (both from Dublin), who headlines.

Orla Guerin became the BBC’s Egypt correspondent in 2013. Since then she has reported from Yemen, Saudi Arabia, Iraq, Jordan, Israel, Tunisia and Libya. Organised by Institute of Irish Studies, in partnership with Liverpool Irish Festival, this free event will see her discuss her life and work.

The Lily and the Poppy

Elisha McCallion was the first Mayor of the new Derry City and Strabane District Council, on its formation in 2015. She brought together statutory and community agencies in Derry to advance proposals for Crisis Intervention Services, to address the gap that exists for those feeling isolated and in crisis due to mental health issues. Elisha was elected to the Northern Island Assembly in March 2017, holding the seat previously held by the late Martin McGuinness. In June 2017 Elisha made history by winning the Foyle seat in the Westminster election, from the SDLP who had held it since 1983.

Dawn Purvis was a Member of the NI Assembly from March 2007-May 2011, representing East Belfast. She was appointed as head of the Progressive Unionist Party in 2007. In 2011, Dawn left politics and became NI Programme Director with Marie Stopes International(MSI), opening the first integrated sexual and reproductive healthcare centre in Belfast.  She is currently CEO of a housing charity.

It’s 1956, and young Aileen comes to London looking for her sister, but instead finds a new life of freedom and possibilities. Will Aileen choose this new life or return to Ireland and make the sacrifices required to stay true to her roots? And will she discover why her Uncle Colm refuses to return home? Body and Blood explores the conflicts and culture clashes resulting from migration and the pull of traditional Irish values, highlighting how far Ireland has come since the 1950s.

Zine Workshop – Spread the word and repeal the 8th

How can we use our creativity to influence others and affect change? Blackwell’s Liverpool will host a workshop looking at zines and posters as activism. Using collage, attendees will handmake booklets and posters to photocopy and distribute to friends, whilst discussing what UK citizens can do to help people seeking abortions in Ireland. Everybody is welcome. Some materials will be provided, but please bring along anything you would like to use. Run by Liverpool Blackwell’s, in partnership with the Liverpool Irish Festival.